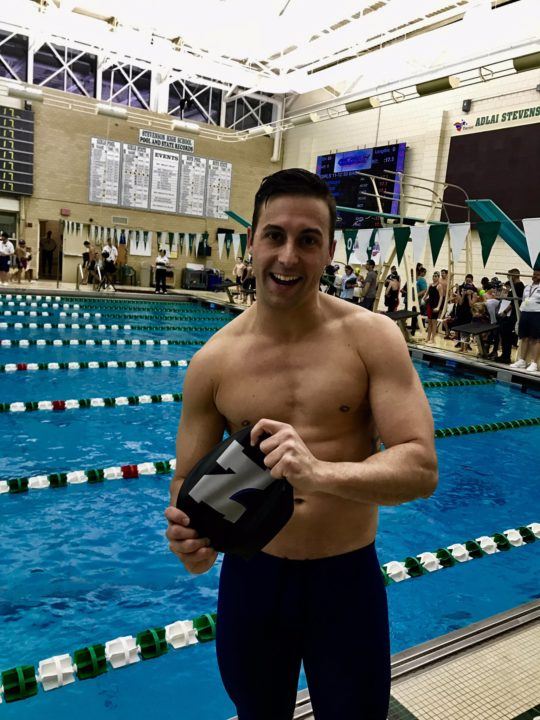 4-time Paralympic medalist Tucker Dupree has broken the American Record* in the 50 yard freestyle for S12 swimmers. Swimming on Sunday...

4-time Paralympic medalist Tucker Dupree has broken the American Record* in the 50 yard freestyle for S12 swimmers. Swimming on Sunday at the PAC prelims/finals meet in Stevenson, Illinois, Dupree swam a 21.95. The swim broke his old record of 22.10 done almost 4 years ago in Rochester, Michigan.

The record comes in Dupree’s first official meet representing his new club, the New Trier Swim Club in suburban Chicago, where he’s training under the club’s head coach and CEO Alexis Keto, who arrived with the club in October from the Colorado Athletic Club in Denver.

“I’m very excited about training with Alexis and New Trier Swim Club, as I look towards world championships in September,” Dupree said of his new partnership.

Editor’s note:  the 100 free wasn’t a contested event for the S12 classification in Rio.

Congratulations to Tucker! Another amazing accomplishment to add to an already long list of awards! Keep up the hard work with your new team.