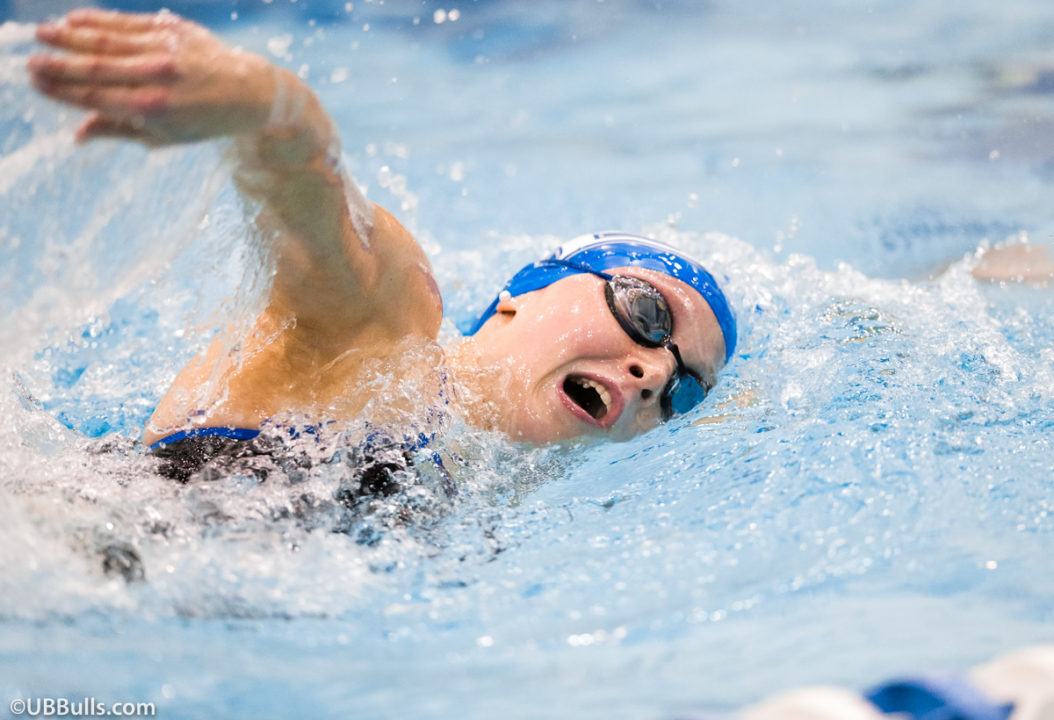 The University at Buffalo swimming and diving team welcomed the St. Bonaventure Bonnies to Alumni Arena Natatorium on Friday for a non-conference match up. The Bulls dominated in the pool and the diving well, placing first in various events and ending with overall scores of 164-73 for the men and 167-74 for the women.

The Bulls are back in their home pool for a match-up against Eastern Michigan on Saturday, January 28th. This meet will be celebrating both the seniors and the Blue-and-White Fund donors.

Is Gordo still swimming? We miss him and his family at IU!