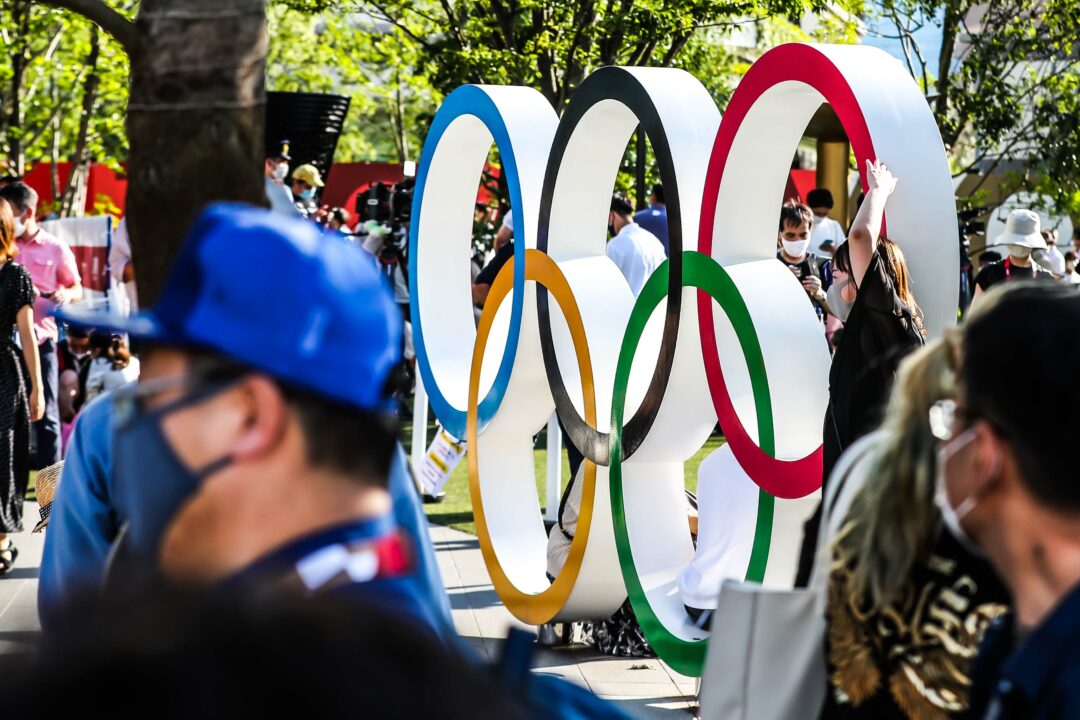 FINA approved the use of video review to overturn officials' calls in March of 2020, and that system will debut in Tokyo 2020. Stock photo via Jack Spitser/Spitser Photography

Let’s be honest– the underwater clips of the Olympic Games have always given us our preferred angle to see how our favorite champions maneuver their way through the water. Not only do the clips give us an angle we never get to see in person, it gives us a view that isn’t obstructed by waves or splashes. These waves and splashes may cause an official to not be confident on whether or not they saw an illegal action, resulting in no call. This is where video assistant referees (VAR) come to aid in reassurance, also known as “video review”.

The first time VAR was used was back in 2007 at the USA National Championships. VAR is now regularly used at major USA swimming events, along with being used informally at FINA events– such as WJC 2017 in Indianapolis. VAR has moved its way to the FINA World Championships at Gwangju (South Korea) in 2019. After the 14 year long journey, VAR is now expected to be used in its first ever Olympic Games in Tokyo this year.

In March 2020 the FINA Bureau approved an update to the FINA Rule BL 9.2.2 approving the use of Underwater Video Judging Equipment at Olympic Games and World Championships. Approved equipment will be provided and will be used to, confirm stroke infraction calls, and assist the Referee to overturn calls made on the pool deck. This means VAR cannot make a call, but rather only overturn one.

As compared to most sports that allow for video review of officials’ decisions, this creates an opposite decision proposition. Whereas in most sports, officials are encouraged to let play continue, because they can correct their obvious error later, in swimming, officials have to make a call on deck to initiate VAR. This will probably lead to more calls, even if many of their are later overturned by VAR. No harm, no foul.

To help ensure fairness on overturning calls with video judging equipment, a FINA Technical Swimming Committee referee shall make a call with a single viewing at normal speed. Another referee, then, will review the call– similar to calls made on deck (whether or not to confirm or overturn). They always review at normal speed first to see what the official on deck saw; then, if needed, they go frame by frame. TSC referees are referees assigned to the video room, each watching one half of the lanes in the pool.

One of the most common illegal actions seen that causes tension amongst athletes is doing more than a single butterfly kick during the breaststroke pullout. Three-time European short-course champion Arno Kamminga says that he reached out to FINA asking for reassurance that the video technology used will ensure the disqualification of the illegal action, to no response.

But we know from watching prior footage that plenty of illegal underwater actions take place, and go uncalled, in breaststroke races. If the official does not see the dolphin kicks and therefore does not raise their hand, there is still nothing that can be done to disqualify the athletes, even if the infraction is clear on video.

(My bad , he is not qualified)

Hate video replay in general, but this doesn’t seem as bad as it could be.

Given there are so many swimming officials at these meets- as many as you cram into the end of the lane, it seems – I might be able to get on board with a real-time underwater official. Just have a camera tracking each swimmer in each lane underwater with one official watching each one of the feeds.

Then you don’t have to have booth reviews that take three years and that are played back in super slo-mo, it’s just a real time official that happens to be underwater.

If its going to be used this week, would’ve thought it would’ve been announced earlier. Is this the first we’ve heard of this.

While I agree that fly kicks are an issue in breast the video cannot be used to make calls for DQ I believe, so it will not be acting as a deterrent

Yeah, frustrating that there is no guaranteed review and disqualification procedure. However, I think if people are stupid enough to cheat in the heats or semis, judges might take a risk to flag them in a final, which could end up catching some people out.

Shame this is a few Olympics too late to catch notorious offenders like Van der Burgh and Miller, but oh well, better late than never.

More from Lauren Clark
See All