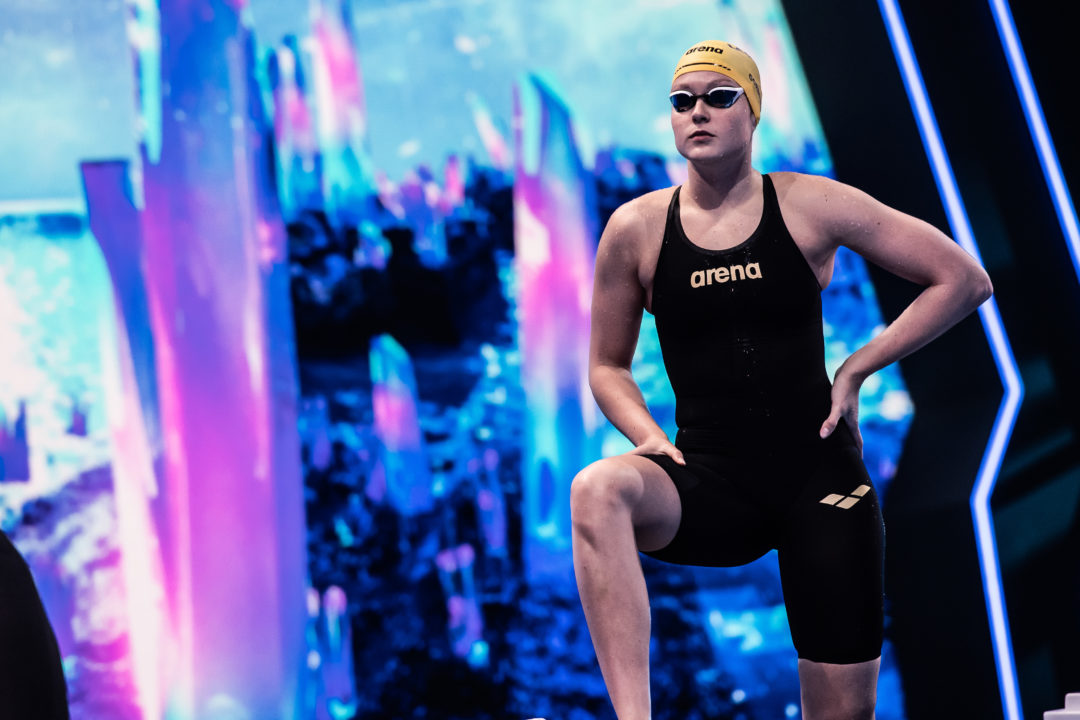 3 members of the International's Swimming League's Israeli contingent downed 3 national records in the course of only 30 minutes on Day 2 of ISL semi-final 2. Archive photo via Mike Lewis/Ola Vista Photography

Day 2 of the ISL’s semi-final #2 saw countless personal best times, national records, and one new world record from Caeleb Dressel in the 100 IM. In the midst of all the fast racing, 3 members of the International’s Swimming League’s Israeli contingent were responsible for downing 3 national records in the course of only 30 minutes.

The first record of the day came from Yakov Toumarkin in the men’s 100IM, swimming a 52.23 to take down his old record of 52.31 which he set last December at the 2019 European Short Course Swimming Championships. Despite his record, Toumarkin’s sixth-place finish for Team Iron didn’t score any points since Caeleb Dressel stole points from every 3rd-8th with a world record-breaking swim of 49.88 seconds.

In the very next event, LA Current swimmer Andi Murez picked up a new Israeli record of 1:53.50 in the 200 freestyle. Like Toumarkin, Murez already held this record, having set it earlier this ISL season at Match 5 (1:53.58). The swim for Murez got her a third-place finish, less than a second behind first-place finisher Allison Schmitt (1:52.83) and second-place finisher Rebecca Smith (1:52.99).

The third Israeli record to fall within the half-hour came from Anastasia Gorbenko in the 100 breaststroke. Also improving upon her own time, Gorbenko lowered the record to  1:05.28 her previous 1:05.42 which she set the Israel End-Season-Meet in August of 2020. Gorbenko’s swim got her a 7th place finish for LA, scoring 2 points and narrowly escaping Lilly King’s jackpot swim of 1:03.29.

The Israeli records set on Day 2 of semi-final #2 are just 3 of many set throughout the entire season. The trio has collected a total of # new national records this season so far;

Note: these are swims that stand as current records. Some of these records, especially the women’s 100 free, have been broken more than once.

As Murez and Gorbenko move on to the finals with the LA Current, they will have one final chance this ISL season re-write the record book a little more in their respective events. Toumarkin on the other hand has swum his last meet of the season as Iron was knocked out following their third-place finish at semi-final 2.