The Lightning Round. Or is it Round of Lightning… 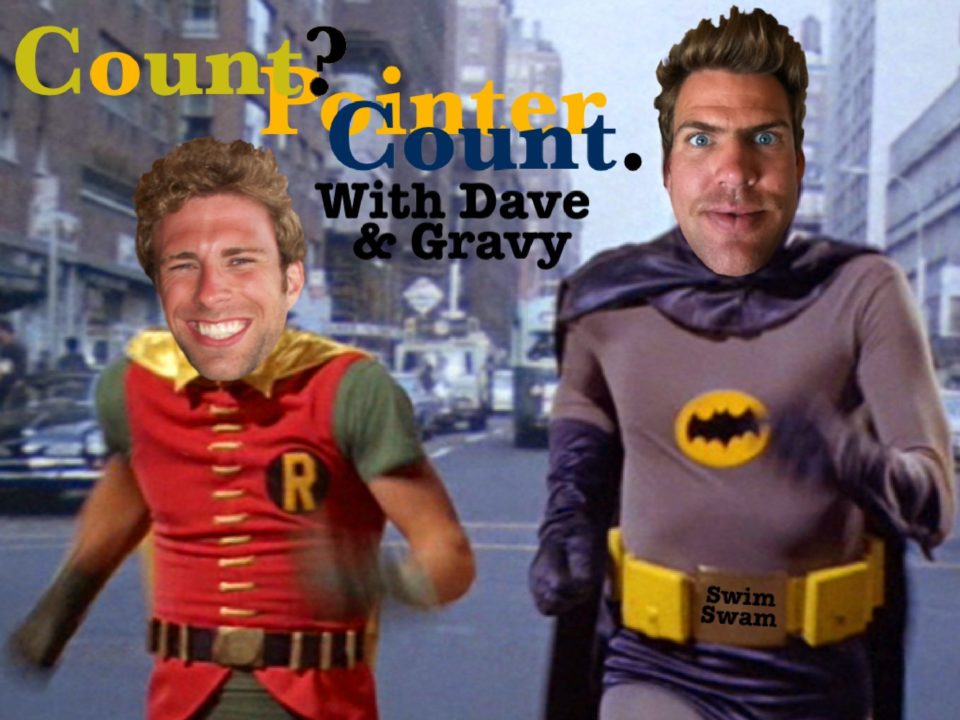 Interesting topics discussed by uninteresting people, with twists and turns along the way. Terrible stuff: Come on, let's go!

David: Gary, dude, I am so, so, so, so excited about my idea for this column.

David: Are you ready?

Gary: Shut up and just get on with it already. You’re like Netanyahu with his empty threats of nuking Iran’s face off. Get on with it!

David: Okay, I want a lightning round with you. I was talking with a bunch of former National Teamers over the weekend, and some fun issues came up.

So, I will ask you a series of question that we talked about and you will respond with a yes or no answer + your reasoning. Maybes are allowed, but only under extreme circumstances.

Gary: Like “maybe” you should take a long vacation in Iran?

David: Okay, as a businessman, would you hire a swimmer that just retired after the 2012 Games and why?

Gary: No. You can hire overqualified laborers for pennies in today’s crap economy. I’ve got former AIG execs moving over $137 in oranges weekly by the freeway.

It’d take a swimmer fresh from the pool over two years to work their way up to that volume. Hell, they’d probably eat half my inventory with those swimmer appetites.

And then what, Dave? Then what?

David: Ah, ah, ah, ah this is the lightning round. No time for stupidity!  Next: Are recently retired Olympians, National Teamers or college swimmers entitled to some help adjusting to life-after-swimming?

Gary: Yes, depending on the level of contribution to the sport. No service like this will emerge until there is a proper Swimmer’s Association, or union.

David: If so, who could/should help?

Gary: Swimmer’s Association, Dave. Have you been listening to a word I’m saying?

David: Nope! I wrote these questions down beforehand.

Gary (exhaling audibly through nose): …Start with securing a percentage of television revenue for the athletes, like every single other televised sport in the world has in place. Then we can provide a whole host of services to those that dedicate their life to advancing the sport.

David: Indeed, the timing could be prime with Rule 40 and the sexual abuse mishandling to create an organization that represents athlete interests.

Gary: We’re introducing it here, Dave! The Swimmer’s Association concept could take hold and spread like crabs at an Occupy Wall Street rally!

David: I don’t know why nobody ever thought of this before! We truly are revolutionaries. But…TOPIC CHANGE! Cameron Vanderburgh: medal stripped?

Gary: Yes and only because he isn’t a citizen of the United States of America.

David: Follow up, is he better for admitting he did it?

Gary: What did he do? Besides not be an American?

David: Topic change: on the lighter side. Who has the most beautiful freestyle you’ve ever seen in your life? Give me male and female.

Gary: I owned a monkey once. He had the most beautiful freestyle. I learned a lot from that monkey in the way of stroke technique and pre-race antics.

David: Topic change: on the heavier side. I mentioned that one of the crappy side effects of the new sex scandal rules is that people will not have the relationships I had with my coaches growing up. I went fishing with my coach all the time; he’s been a huge, positive influence in my life. Worth lamenting the loss of these close relationships, or forget about it and move on?

Gary: My coach said he liked camping and fishing too, pitching tents and handling rods. Anyway, coach sounded like a real ringer. I’d never been fishing before but he promised he had a pole for me. Then…

This is your great idea?! This is lamer than Congress! You’re just using this column to ask me unoriginal questions that you bored your “friends” with last weekend. Can I please lightning round you in the face?

Gary: Hands down, you are the best… At almost being mediocre.

That handling rods and extra pole stuff was pretty funny.