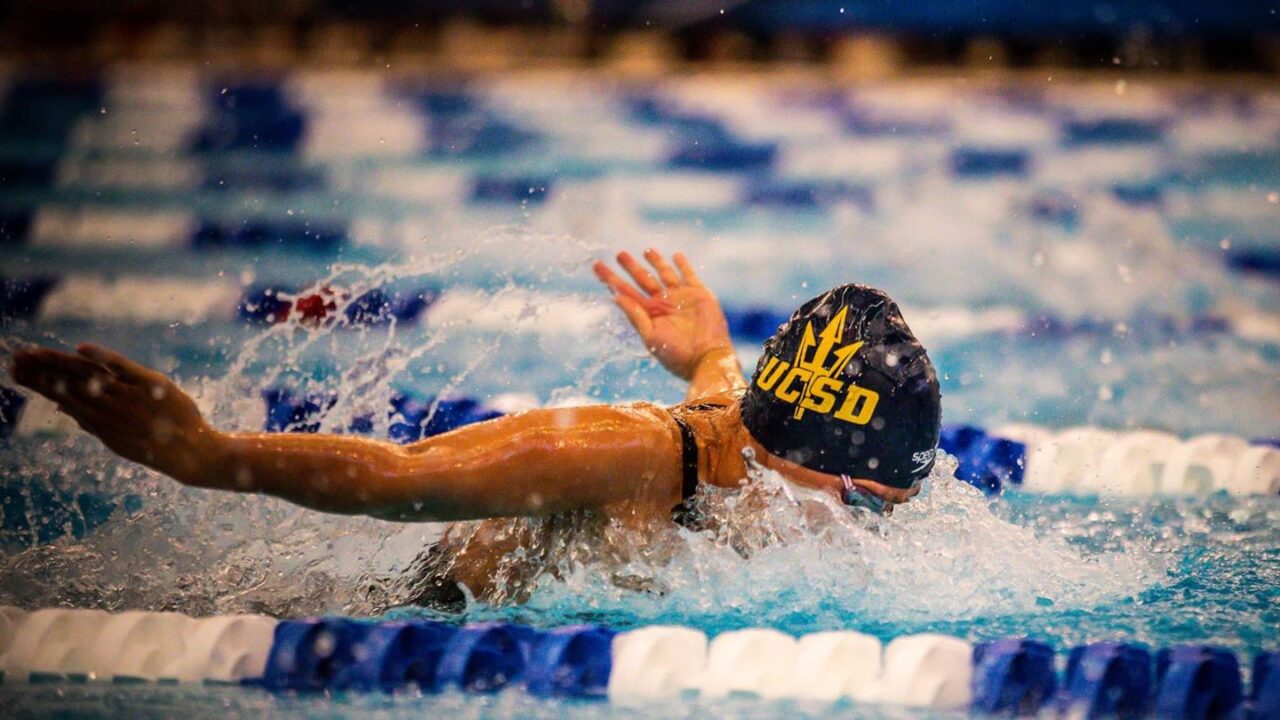 Over the course of two days, the women broke four team records and one pool record. The men broke one team record and 13 pool records. Archive photo via Jack Spitser/Spitser Photography

LA JOLLA, Calif. – The UC San Diego swimming and diving team raced official long course time trials this past weekend at Canyonview Aquatic Center. The times recorded in these trials allow swimmers to qualify for upcoming national events such as Olympic Trials and US Nationals.