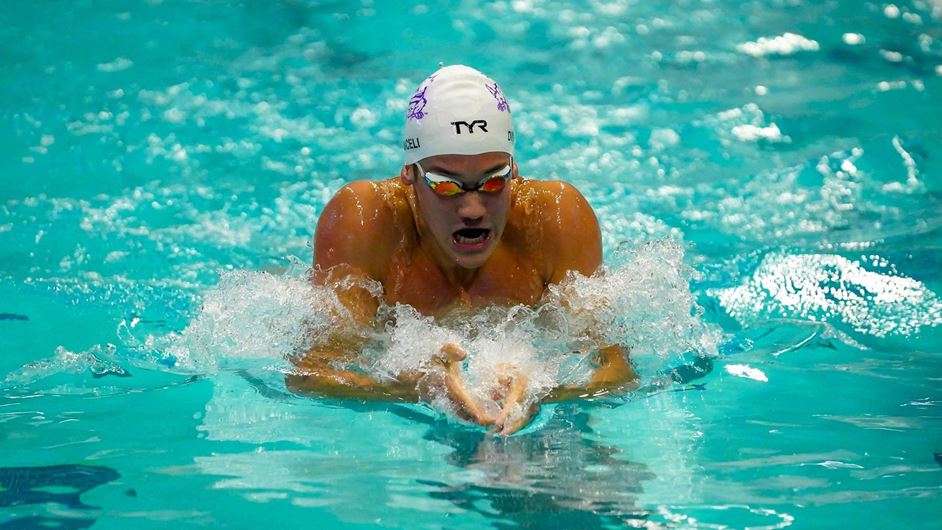 The men’s swim team is back in the pool after a stellar performance at the Art Adamson Invitational. The Frogs broke seven school records at the Invitational and recorded 14 NCAA B cuts.

Also adding to the impressive weekend was Jadon Wuilliez, who had three B cuts total. His time of 19.83 was good for a B cut and a new school record in the 50 freestyle, and he also recorded two B cuts in the 100 breast.

The 200 freestyle relay of Wuilliez, Jake Litchfield, Noah Cumby and Raphael Paiva Da Lima broke the school record with a time of 1:18.76. The 400 freestyle relay also shined as the squad of Cumby, Paiva, Wuilliez and Dusan Babic swam a school-record time of 2:52.39.

NCAA Cuts
So far this season, eight Frogs have earned 23 B cuts. Along with Silins, Wuilliez and DiMiceli, Geremia Freri has five B cuts on the season, with three of them happening at the USC Invitational earlier this season.

Milan Fabian and Piotr Sadlowski each have three B cuts this season, with Fabian’s coming in the 500 and 1650 freestyles and Sadlowski’s in the 100 fly. Paiva picked up a B cut in the 50 freestyle and Cumby has one as well in the 100 freestyle.

Ekdahl, who dove for Team Sweden, placed third in the Mixed Team event, finishing only behind Russia and Italy. He also qualified and placed ninth in the Group A Boys 1-meter final with a score of 413.35.

Why aren’t the women swimming? Do they have any meets??