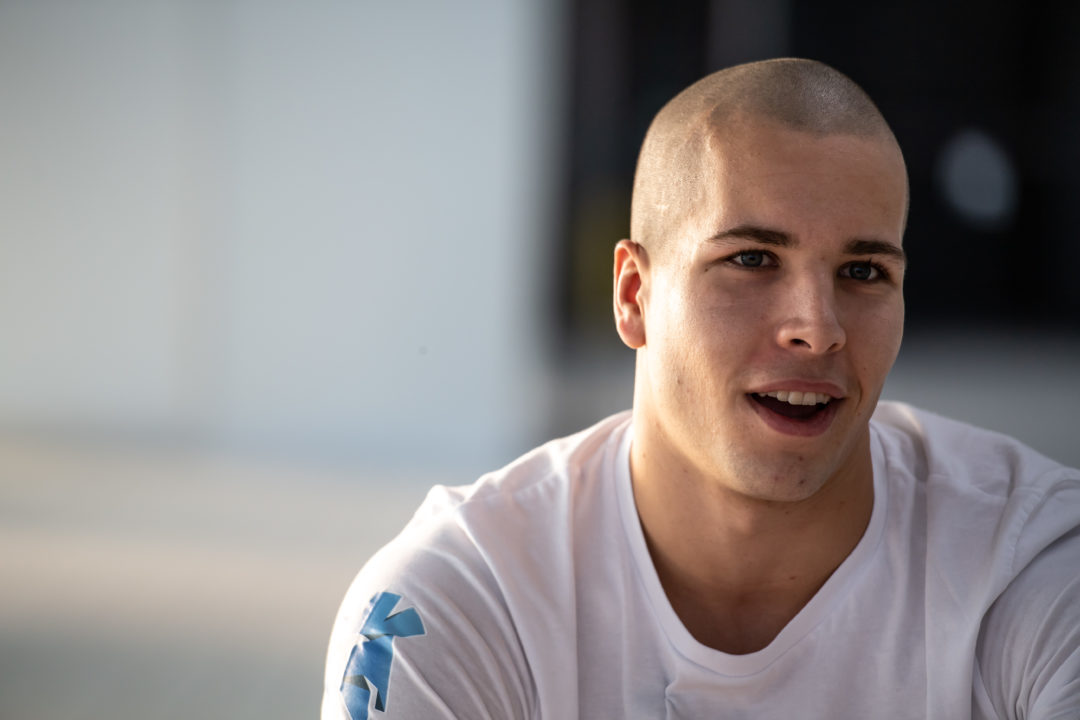 Szebaztian Szabo tied the World Record for the SCM 50 fly in the finals of the event at the SC European Championships, with a time of 21.75. Current photo via Mike Lewis/Ola Vista Photography

Szabo swam the 21.75 fly in the finals of the event at the 2021 SC LEN European Championships, held this year in Kazan, Russia. The world record was originally set in 2018 by Brazilian swimmer Nicholas Santos, who also swam a 21.75. In the process of tying the record, Szabo also won gold in the event, beating out Italy’s Matteo Rivolta and Thomas Ceccon.

With his new time, Szabo also broke the European record, last set in 2009 by German swimmer Steffen Deibler with a time of 21.80. Szabo also lowered his own Hungarian national record, which he had previously set with a personal best of 21.86 in Match 6 of the International Swimming League’s regular season.

Szabo’s been dancing around the world record for a few weeks. Earlier, in the semifinals, he broke the SC Euros record with his time of 22.00, a record previously set by Johannes Dietrich in 2009. At the FINA World Cup stop in Kazan earlier in the fall, Szabo won the 50 fly in 21.97, beating American Tom Shields in what had been his dominant event.

Szabo can now add this finals race to his list of noteworthy performances at SC Euros, which include upsetting fellow countrymate Kristof Milak to take the 100 fly gold and becoming the first Hungarian to win a SC Euros gold in the 50 free.

Now Hungary triumphs with both a long course and short course king. Milak and Szabo. Amazing. How much Szabo is overwhelming in this euros equals how much milak is underwhelmed.