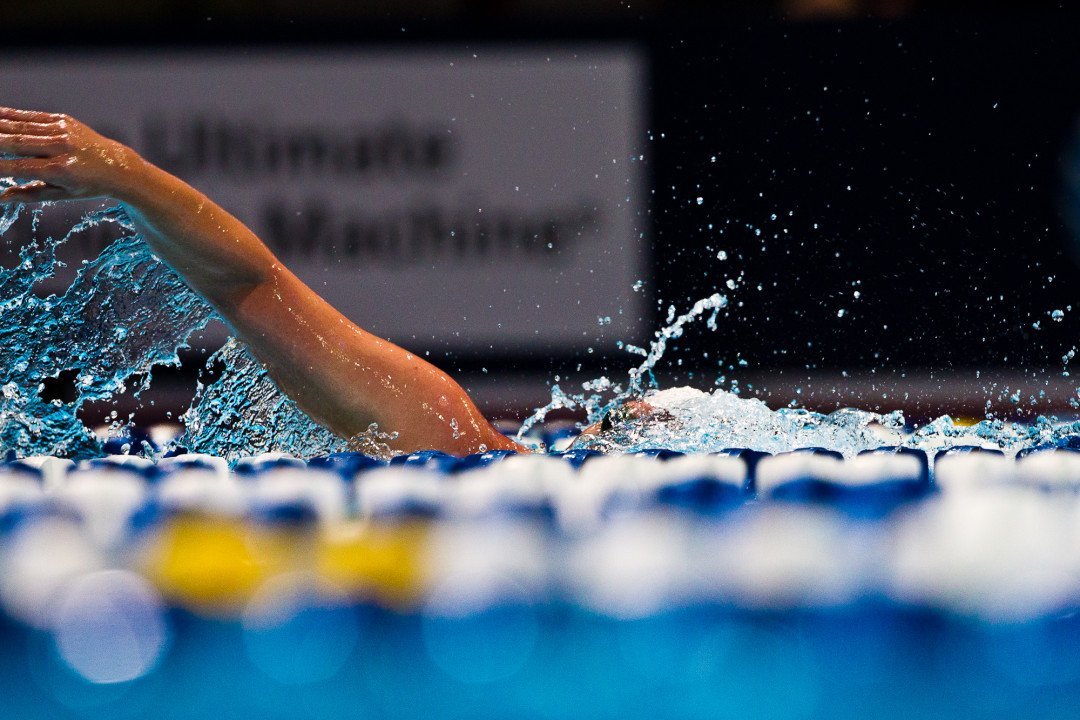 All-time, 11 different countries have won aquatics medals at the Commonwealth Games. Northern Ireland is not among those countries, but... Stock photo via Tim Binning/TheSwimPictures.com

All-time, 11 different countries have won aquatics medals at the Commonwealth Games. Northern Ireland is not among those countries, but that could all change in 2014, all thanks to a talented 18-year old named Sycerika McMahon.

McMahon is the lead name among 10 aquatics athletes announced on Tuesday by Northern Ireland for the meet, and their best chance at a breakthrough medal.

McMahon, who has spent the last 9 months or so training in the United States as a freshman at Texas A&M University, is a breaststroker/IM’er who represented standard Ireland at the 2013 World Aquatics Championships last year. There, she placed 18th in the 200 IM in a lifetime best of 2:14.38.

She’s only swum one long course race that we can find since the completion of her first NCAA season, and though that was a two-week turnaround, she raced very well at the Canadian National Championships. That includes a lifetime best of 2:30.98 in the 200 breaststroke, plus a solid in-season 1:09.66 in the 100 breaststroke.

While she will likely have to swim a lifetime best in some event to medal in Glasgow, she’ll have the advantage of being able to line up her taper a little better with no qualifying meet to battle against (she did swim very well at NCAA’s, including a 15th-place finish in the 200 breaststroke).

Overall, this is a very young Northern Ireland team. Bethany Firth is a versatile swimmer and a very good sprint butterflier (28.04 in the 50 in long course) who should have a final-or-two in her as well. Michael Dawson, the veteran of the group, is a solid breaststroker (1:03 long course), and teenager Curtis Coulter is a high-potential sprint freestyler who’s been 23.0 in the 50 and 50.7 in the 100 freestyle, and with Conor Munn, Jordan Sloan, and David Thompson, Northern Ireland could make some noise in the 400 free relay as well.

Swimming at the 2014 Commonwealth Games will run from July 24th-29th.

Do u have a brandon jensen on any of the teams