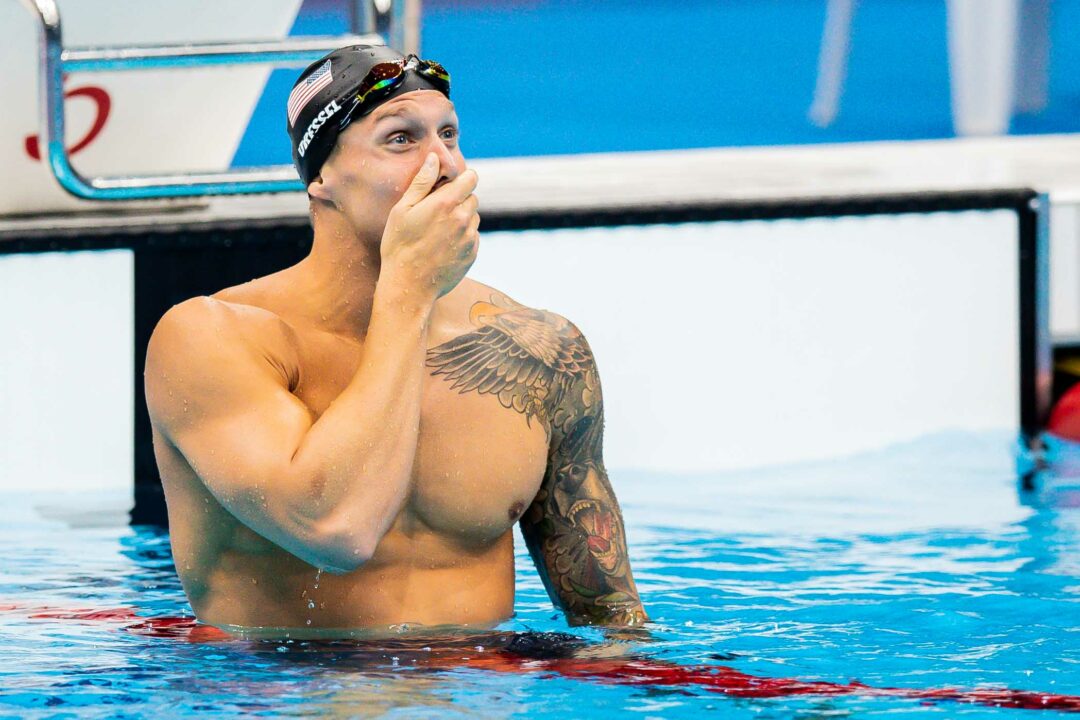 There were some of the closest races we've seen this Games on Day 5, topped by the men's 100 free, 800 free, and women's 4x200 free relay Current photo via Jack Spitser/Spitser Photography

#4 – M 200 Breast: Zac Stubblety-Cook swam a similar race to Finke, biding his time throughout the first 150 and splitting 32.2 coming home to touch first at 2:06.38, the #3 performance ever and an Olympic record

#2 – M 100 Free: The men’s 100 free delivered just as expected, with Caeleb Dressel going out fast and Kyle Chalmers coming home strong. In the end, Dressel held on for gold, his first individual Olympic title, in an Olympic record time of 47.02

#1 – W 4×200 Free Relay: This race was nuts. Australia put their big guns first and surprisingly China was able to hang with them, battling for first the first 600 meters while the US did a good job at lurking in 3rd. Then Katie Ledecky dove in, splitting a massive 1:53 to pass Australia and nearly China as well, but Li Jingjie held on for China and delivered them gold, with all 3 teams going under the previous world record and China ultimately owning it in 7:40.33

We feel guilty saying it because they were under the old world record, but there were so many situations where Australia wins this relay. The heavy favorite on paper, we thought this was a shoo-in for the Aussies, and leaving a 1:55.11 lead-off from prelims off of the finals relay coupled with Titmus adding a second from her individual left them vulnerable, and USA and China took full advantage

With big-time players Daiya Seto, Michael Andrew, Wang Shun and Duncan Scott looming, it is anyone’s race in the 200 IM final. We know Michael will be out fast at the 150, so ultimately it comes down to who can come home the strongest on the freestyle leg.

Bobby Finke deserves top 2. That last 50 was a full send

I guess the other four swims get bumped up for being historically great times too, in addition to race drama.

Favorite night of the Olympics so far. Definitely impressed by the Florida swimmers.

Despite the lack of world records during the olympics it’s still been an exciting meet. Watching the American and Aussie fans duke it out in the messages is also quit comical. Both countries have tremendous swimmers even though the US is quite a bit deeper.

Zac !! What a race. What a win for a quiet achiever.