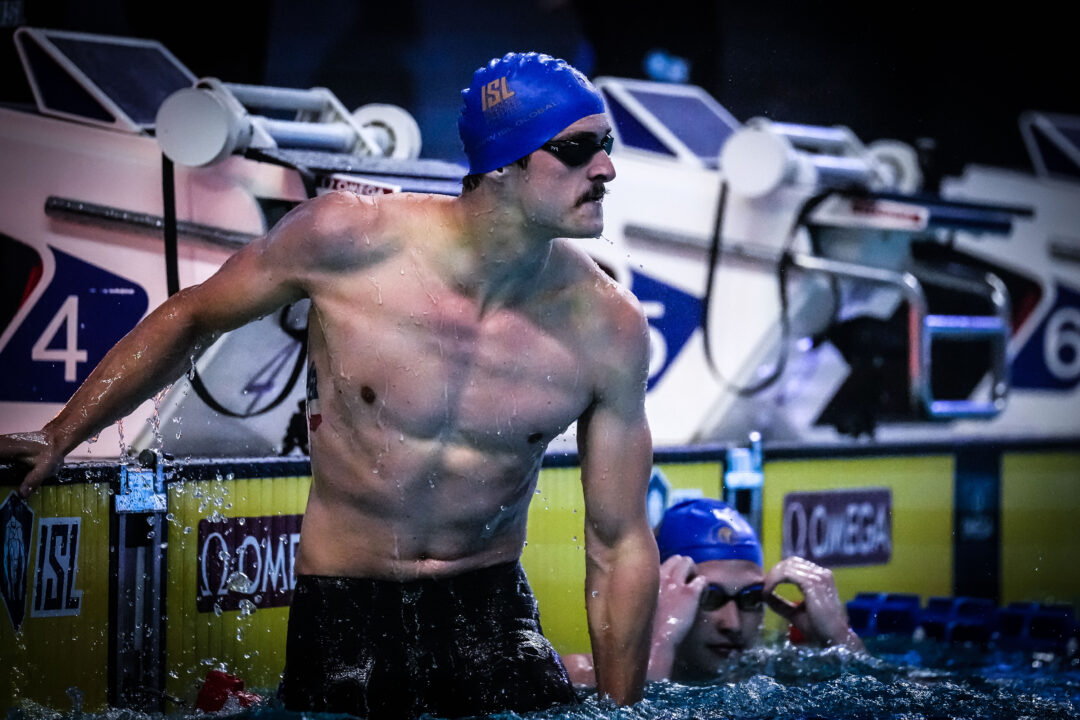 Our most recent poll asked SwimSwam readers what change they would implement to the Short Course World Championship selection process for the United States:

Question: What change would you make to USA Swimming’s SC Worlds selection?

USA Swimming’s selection procedure for the Short Course World Championships—which will run next month in Abu Dhabi—came under fire in late October after Coleman Stewart wasn’t named to the roster despite having broken the world record in the men’s 100 backstroke just two months prior.

Stewart’s omission wasn’t a surprise—he and anyone following closely knew that the selection criteria didn’t acknowledge his world record swim from late August—but it did put the outdated policy under the spotlight.

In addition to Stewart, another swimmer people were calling for to be named to the team was Beata Nelson, who broke the American Record in the women’s 100 IM during the ISL season a month or so before the team was announced.

The selection criteria currently in place is based on the U.S. National Team roster, which is chosen based on long course swims—for this year’s team it was performances from January 1 – August 29, 2021.

Nearly half of voters (49 percent) believe the SC Worlds roster should be chosen based on short course meter times, which is certainly the most logical choice.

The reason this hasn’t been the case in the past is due to a lack of SCM meets for American swimmers to compete in, with Worlds sometimes being the first time U.S. representatives even raced the format. That has now changed with the ISL, which came into existence in 2019—one year after the last time we had the SC World Championships.

One of the reasons why USA Swimming may be tentative on basing the team on SCM is that, should the ISL disappear, there’s a good chance they won’t have a sufficient number of short course meets to choose from. SC Worlds has also never come close to being as big of a priority for the U.S. as compared to LC Worlds or even Pan Pacs.

Just under 20 percent of readers voted for there to be a world record or American Record holder exemption in place. This would allow swimmers like Stewart and Nelson to make the team while also not forcing USA Swimming to rewrite its entire selection criteria and put more stock than it’s comfortable into SCM down the road.

This would of course require a “record set within XX” timeframe (unless we want to see Ryan Lochte show up for the 200 IM??), but it could theoretically work, though there would need to be a structure set in place that assured that these swimmers would be the priority over the National Team qualifiers.

The next option, which received 16 percent of votes, was to have a portion of the roster selected by the head coach (or coaching staff).

This idea falls in line with what Stewart actually suggested on Twitter, saying USA Swimming should look at how the American team is selected for the Ryder Cup in golf. In that event, the top six players automatically qualify for the team based on a points system, and then team captain selects the remaining six for the team.

Using a similar system in swimming could be complex, though it could be simplified by, for example, having the #1 option in each event qualify through the current procedure (National Team), and then have the coach be able to select a certain number of athletes to fill the remaining slots.

Nine percent voted to have wildcard entries via FINA, which would be chaotic in a sense and bring several more issues into play. With countries only allowed to have a maximum of two entries per event, a wildcard system would then see swimmers like Stewart and Nelson not representing the United States, but ‘Team FINA’ or some alternate club code.

There was also just under six percent of voters that said they didn’t want to see any change.

Below, vote in our new A3 Performance Poll, which asks: Where do you project the Arizona State men to finish at NCAAs after their phenomenal performance last weekend?

“ One of the reasons why USA Swimming may be tentative on basing the team on SCM is that, should the ISL disappear, there’s a good chance they won’t have a sufficient number of short course meets to choose from”.
This is a CHOICE that USA Swimming will make. Pretty much every 50M pool in the country with a bulkhead can be configured to 25M. And there are more 50M pools in America than anywhere else in the world.
This isn’t 1985 when finding SCM water vs SCY was a legitimate issue.
No one is suggesting an overthrow to SCY (Altho a fear of this may be part of the reason SCM is shunned so much still).

USA Swimming’s from the USOPC is to win Olympic gold medals.

I say all of this when I’m strongly in the camp of “I’d like to see USA Swimming have a SCM selection meet,” but I don’t think the argument that ‘this is the era of the pro’ and ‘the SCM pros deserve to be part of the national program’ is really going to be a compelling one to change their philosophy.

I will fight anyone who said no change to the Short Course Worlds selection procedure.

ASU could be 5th at ncaas. they have no weak relay and will score so much in the im and free

also that leo kid could win a couple titles