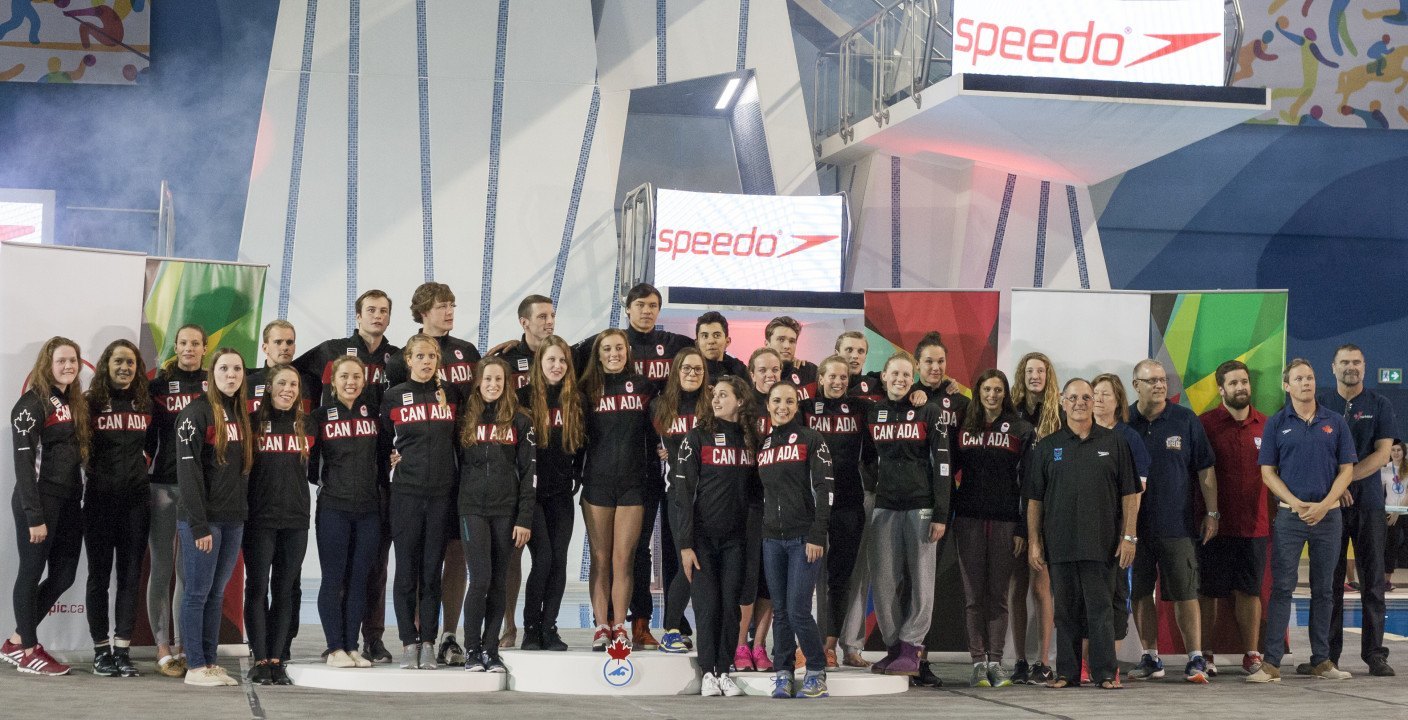 After six days of competition in Toronto at the 2016 Canadian Olympic and Paralympic Trials, team Canada has finally announced the roster that they will take to the 2016 Olympic Games in Rio De Janeiro, Brazil. Current photo via Chris Tanouye/www.christanouye.com

After six days of competition in Toronto at the 2016 Canadian Olympic and Paralympic Trials, Swimming Canada has finally announced the official list of nominees that they will present to the Canadian Olympic Committee in order to be approved to compete at the 2016 Olympic Games in Rio De Janeiro, Brazil.

There have been plenty of ups and downs throughout the six days of competition, highlighting the cruel nature of sport, especially one that revolves around determining a victor by hundredths of a second.

Young swimmers paved the way this week for the next generation of Canadian swimming, one that shows plenty of promise to carry on the momentum after the Rio Olympics.

On the men’s side every single Olympic qualifier besides Ryan Cochrane will be headed to their first Olympic Games.

It won’t be decided until May 31st whether or not Canada will be able to send a men’s 4x100m medley relay or a men’s 4x200m freestyle relay.

Currently Canada’s 4x200m freestyle relay is ranked 16th overall and in a position to qualify for the Olympic Games pending that nobody betters that time. If they do qualify then both Jeremy Bagshaw and Stefan Milosevic will grab an Olympic berth. The following four will represent the 4×200 freestyle relay if it qualifies:

Canada’s 4x100m medley relay is in a great position to qualify for Rio after a 3:34.55 tonight. Javier Acevedo, Santo Condorelli, and Yuri Kisil all made the team already meaning that Jason Block’s hopes of going to Rio relay solely on Olympic qualification.

For her 56.99 Canadian record  in the 100m butterfly that earned her a spot on her first Olympic team, Penny Oleksiak was given the female swim of the meet award.

Oleksiak’s time ranks her fourth in the world this season and sets her up to be one of the top butterfly prospects heading into Rio.

Condorelli’s 48.16 100m freestyle gave him the male swim of the meet award. While it was a bit slower than the 48.09 he swam in prelims, it qualified him for his first Olympic team where he’ll be chasing his dream of winning the gold medal.

You guys forgot Kevin Thorburn from ESWIM as a coach for the games!

Van Landeghem also qualified in the 50 freestyle and the 4×100 freestyle relay. I’m not so sure that Canada will decide to swim the 4×200 mens free relay if they qualify, so no guarantee that Bagshaw and Milosevic will be named to the team.

Is the nomination of Block for the medley and Milosevic/Bagshaw for the 4x200m free relay if Canada earns an Olympic berth confirmed? That wasn’t my read of the Swimming Canada standard to nominate a team.

Or – if Canada gets relay slots for Rio – would Canada just enter squads using the nine swimmers nominated today? (As opposed to add extra relay-only swimmers).