Swimming Australia to Stage at Auburn Prior to 2016 Olympic Games 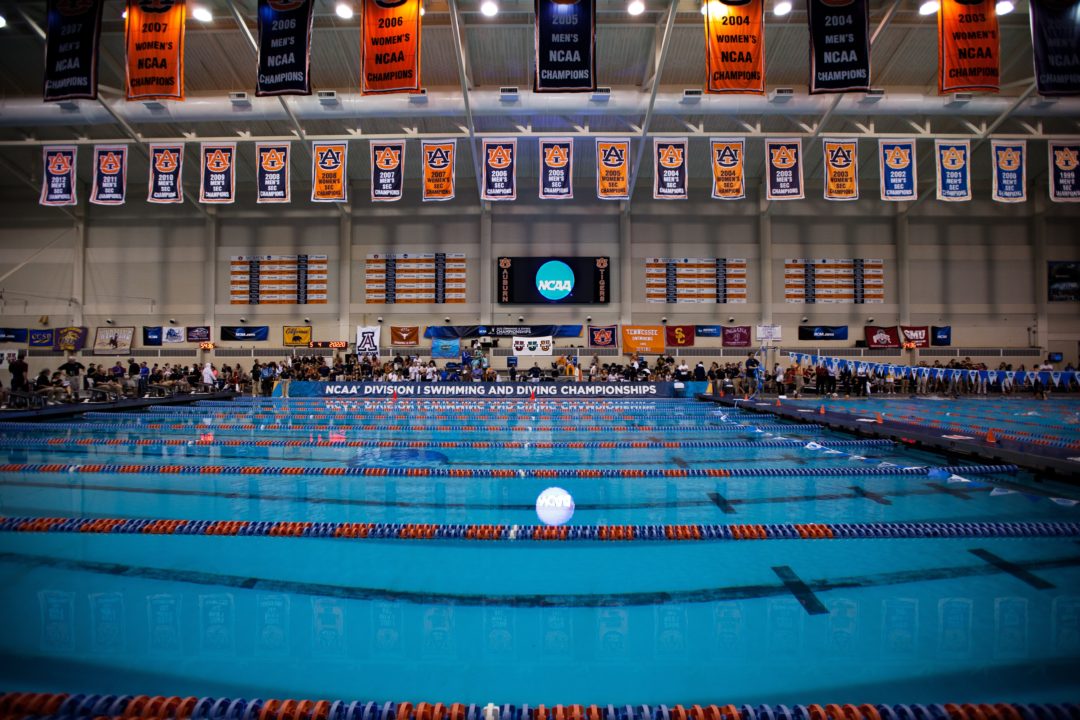 The James E. Martin Aquatic Center, loaded with a history of its own, will host the Australian Olympic Swim Team in 2016 prior to their Rio trip. Archive photo via Tim Binning/TheSwimPictures.com

Swimming Australia has announced that it will hold its staging camps prior to the 2016 Rio de Janeiro Olympics at Auburn University in the United States.

It has become the standard for countries around the world to stage their pre-Olympic training camps in places with similar time zones to the host of the Olympic Games to allow their athletes the chance to adjust their internal body clocks. Though the differences between the time in Auburn and the time in Rio varies throughout the year because of different observations of daylight savings time, during the period of the Olympic Games and in the lead-up to it, the time in Auburn will be 2 hours earlier than the time in Rio.

The camp will begin about 3 weeks prior to the August 5th opening ceremonies, while a two-week staging for the Paralympic swim team will begin on September 7th.

That won’t leave the teams any short travel time, however. It is a 90 minute drive to Atlanta’s Hartsfield-Jackson International Airport, their likely departure site, and then a 10 hour flight to Rio if done direct (there is typically only one daily direct commercial flight available, though a charter is likely.)

Swimming Australia touted Auburn as a home-away-from-home, with former Australian Olympian Brett Hawke being the head coach of their current NCAA team. Hawke, however, is now an American citizen, and is likely to be on the Olympic staff of another country with a strong training group of his own.

The facilities at Auburn, however, won’t be bettered by any pre-Olympic training camp. The Auburn Wellness Kitchen, a state-of-the-art dining hall that will specialize in producing food for athletes, opens this fall to the tune of $6.6 million; and Auburn has two quality 50-meter pools (one indoors, and one outdoors). As a huge university with one of the best college football programs in the country, the Australian swim team will also have access to some of the best dry-land facilities in the world.

Auburn is a classic college town and has all of the distractions that typically come along with that. However, with an official population of under 60,000, and with the camp being held in late July when school is out, the atmosphere should be a considerably tamer one. This will be a highly-scrutinized part of the trip, as the events including the great Stilnox scandal at the 2012 pre-Olympic staging camp in Manchester have been widely blamed for poor performance in London.

“Our performance staff have considered a number of options over the last 12 months and we’re pleased to be able to partner with the Auburn University Athletic Department for what is an important part of the final preparations for Rio,” said CEO Mark Anderson.

“To have these plans finalised more than two years out from the Games gives our coaches, staff and athletes a clear direction of what we are planning for Rio, and we are looking forward to working with the University over the next couple of years to ensure the camps are a success.”

“Auburn University is excited to host the Australian Swim Team as they prepare for the 2016 Rio Games,” Hawke said.

“Anytime we can offer our facilities to world-class athletes and showcase our program to others, we jump at the opportunity. We believe that the James. E Martin Aquatics Centre is one of the top facilities in the United States and we’re excited to partner with Swimming Australia to finish up their preparations for Rio.”

Auburn currently has 4 Australian swimmers listed on their roster.

Gotta get that extra sprint boost from Auburn 😉