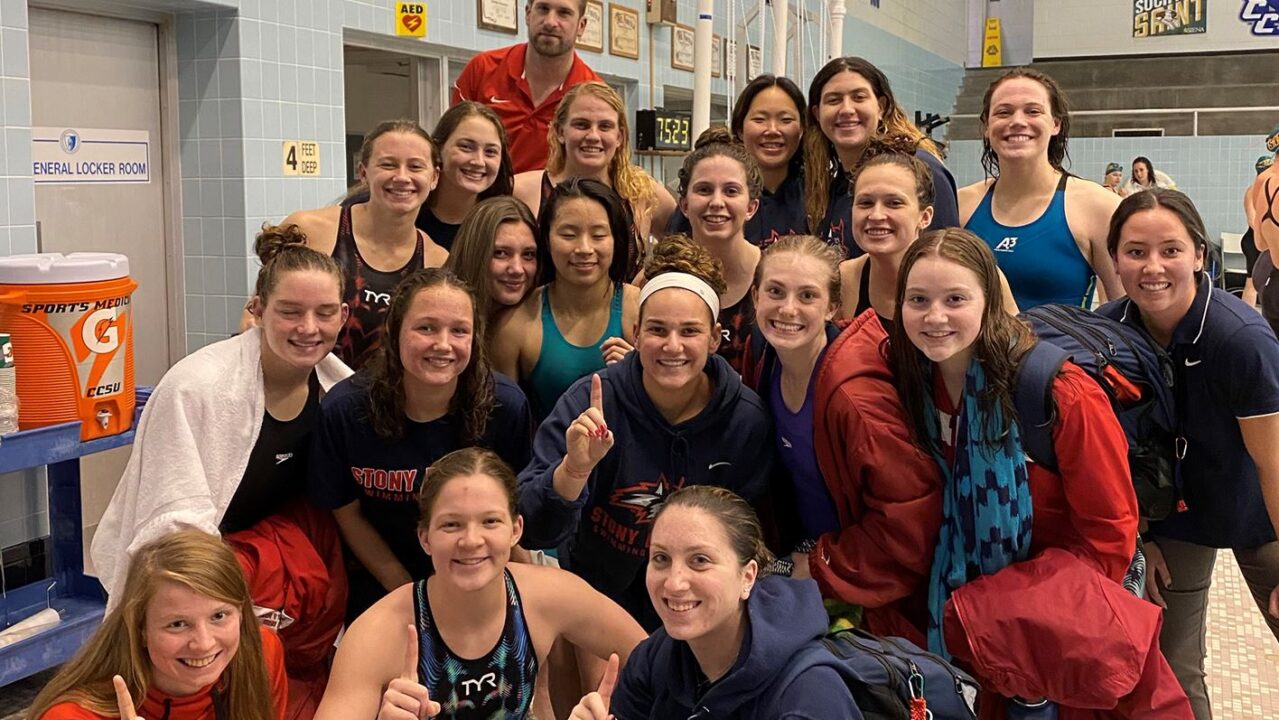 The Seawolves swam their way to five event wins and three meet records on Sunday to help them secure a first-place finish with a final score of 626 points. Current photo via Stony Brook Athletics

NEW BRITAIN, Conn. – The Stony Brook swimming and diving team put forth a strong team effort over the course of the weekend to win the Blue Devil Invite. The Seawolves swam their way to five first-place finishes and three more meet records on Sunday to help them secure a first-place finish at the Blue Devil Invite with a final score of 626 points.

Stony Brook had multiple athletes earn first-place finishes and set a meet record in their individual events. Senior Jessica Salmon started the final day off strong for the Seawolves winning the 50 breast and setting a new meet record with her time of 30.18. Salmon surpassed CCSU’s Mariana Espino’s record of 30.54 set in 2019. Sophomore Briana Liew kept points rolling for Stony Brook as she took first in the 50 fly and also set a new meet record clocking in at 25.60, beating Wagner’s Dorian McMenemy’s previous record of 25.82.

Sophomore Mary Kate Conway had another record-breaking day at the Invite. Conway took first in the 100 free touching the wall in 51.88, setting a new meet record by crushing Vermont’s Christa Weaver’s previous time of 52.18. Conway also earned a first-place finish in the 200 fly and anchored the victorious 400 free relay squad.

NEXT UP
The Stony Brook swimming and diving team is back in action on Saturday, January 22 at 11 a.m., when they hit the road to compete against Rider in Newark, N.J.