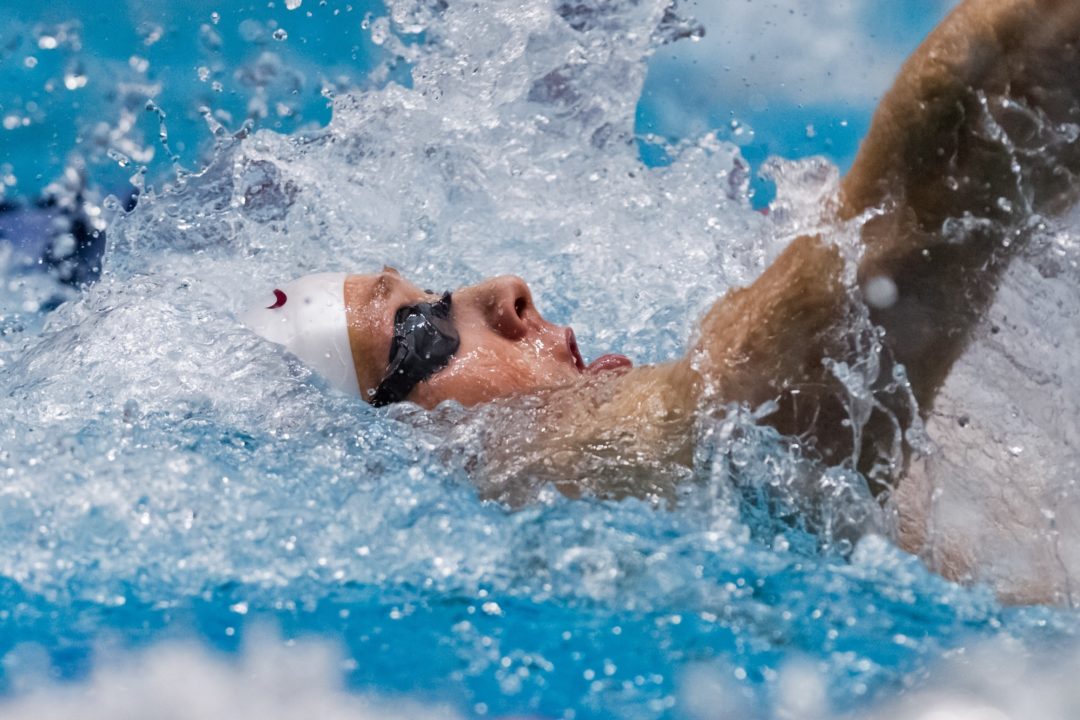 David Nolan, one of the greatest high school swimmers ever, didn’t win an NCAA title as a freshman. He was 2nd, 2nd, and 3rd in his three individual events, with that 3rd coming into this 200 IM.

Some called that “disappointing” based on some alternative definition of the word that I’ve never experienced. Nolan silenced all of those dissenters in one fell swoop on Thursday, winning the 200 IM in 1:41.21. That’s significant both because it’s a title, and also because it’s a lifetime best. This is the first time he’s cleared the 1:41.39 he swam as a high school senior to demolish the National High School Record in this race.

Let’s talk about the swim, though. Nolan was out in 47.38: a mile faster than prelims, but still leaving himself a lot of ground to make up on Florida’s Marcin Cieslak (46.71 opening 100 yards). Nolan’s breaststroke has improved significantly this season (for a time, it looked like he might be their medley relay breaststroker), but his 29.43 was quite a bit slower than he was this morning.

He still trailed Cieslak at that point, which is a tough card to have to play with against a swimmer as good as Cieslak is. Nolan found a little extra burst of energy, though, and finished his race in 24.40 – six-tenths better than his Gator adversary.

Cieslak took 2nd in 1:41.45. Indiana’s Cody Miller was 3rd in 1:41.99, owed to a 28.33 breaststroke split. The end result was a bit slower than he had been at Big Tens, but among the elite IM’s ever, that’s probably the fastest breaststroke leg we’ve seen. Miller would’ve had to go a bit faster on the opening leg, and nobody really pushed the first 100 fast enough to hang with Nolan and Cieslak.

That outcome wasn’t great for either Michigan or Cal, though it was a little better for the Wolverines with the Golden Bears losing a small handful of points as compared to where they sat after prelims.

so even the best swimmers are cool. “I of course opted out”