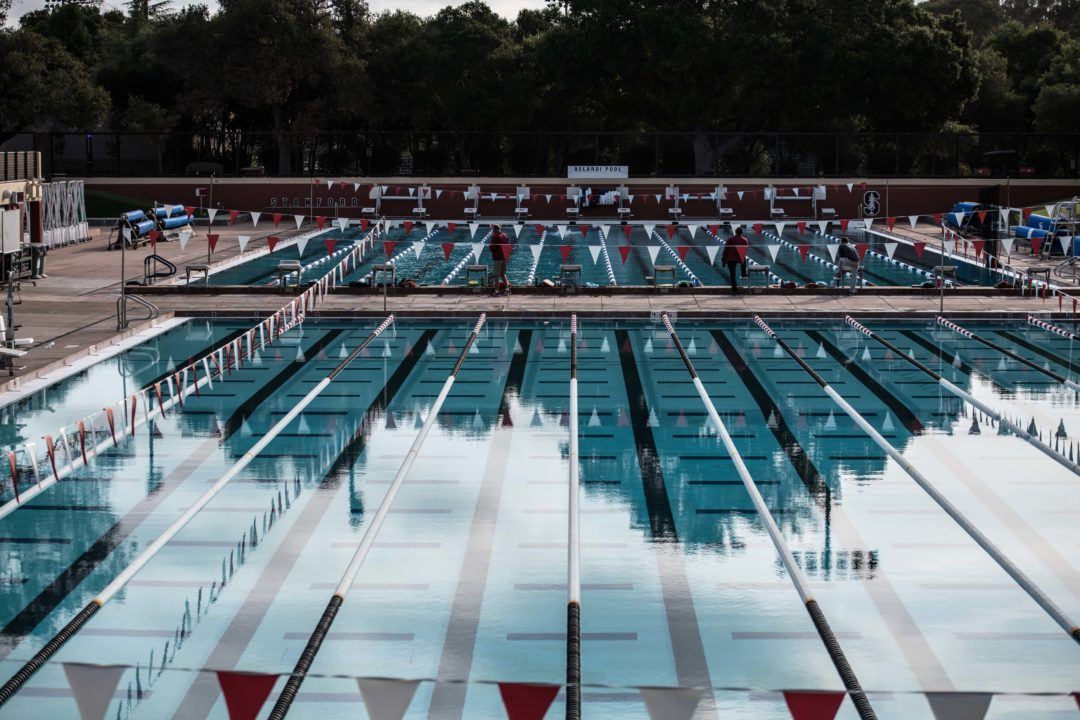 USA Swimming updated its National Team quad plan in May, reflecting updates through the 2020 Tokyo Olympics, plus the Short... Stock photo via Mike Lewis/Ola Vista Photography

USA Swimming updated its National Team quad plan in May, reflecting updates through the 2020 Tokyo Olympics, plus the Short Course World Championships thereafter.

The big news is the addition of dates and locations for next summer’s USA Swimming National Championships. The summer senior national championship meet will be held from July 31st through August 4th at Stanford’s Avery Aquatics Center in Stanford, California. Junior Nationals will follow from August 6th-10th.

The Avery Aquatic Center will mark two straight years in which USA Swimming will host their Summer National Championships both in California, and outdoors. The 2019  won’t be a selection meet for Worlds, or any other major international team, as that team is chosen this summer based on results of this summer’s Nationals and Pan Pacs.

The Avery Aquatic Center seats 2,530 spectators in its permanent grandstands for its main 37-meter pool (which hosts the schools’ athletic competitions), but racing for the U.S. Nationals will be held in two adjacent 50-meter pools with a temporary grandstand built for the event. In 2011, prelims at senior Nationals were split between the two pools, with finals being hosted entirely in the Belardi Pool (page 3 of this document shows how competition was split up for prelims in 2011). The Belardi Pool is 50 meters x 25 meters with a depth tapered to 11 feet in the center, while the Baker Pool is 50 meters x 25 yards with depth that varies from 4 1/2 to 8 1/2 feet.

Other Notes from the Updated Quad Plan:

Trying to understand the spectators’ ticket prices for Summer Juniors this year as compared to years past. Are the only available tickets really $45 or $55/day/person for this year’s Summer Juniors ($225/person for the entire meet) versus $60 for the whole meet in irvine last year?

When do tickets go on sale for the Nationals at Stanford University?

What if it snows? Or has electrical storms with lightning bolts?? People could get hurt and swimmers fried like tater tots!!! Except Dean Farris he would relish any harsh condition.

Dean Farris casts the lightning bolts from his elevated throne…

See you there, Braden!

By the way, shown in the photo are Avery’s two 50 meter pools. The competition will be held in the upper one (farthest from camera). I hope US Swimming brings some multi-color lane lines (like those used at the Olys and Worlds) for easier lane identification — Stanford’s current ones are simple red, white, and blue on each lane line.