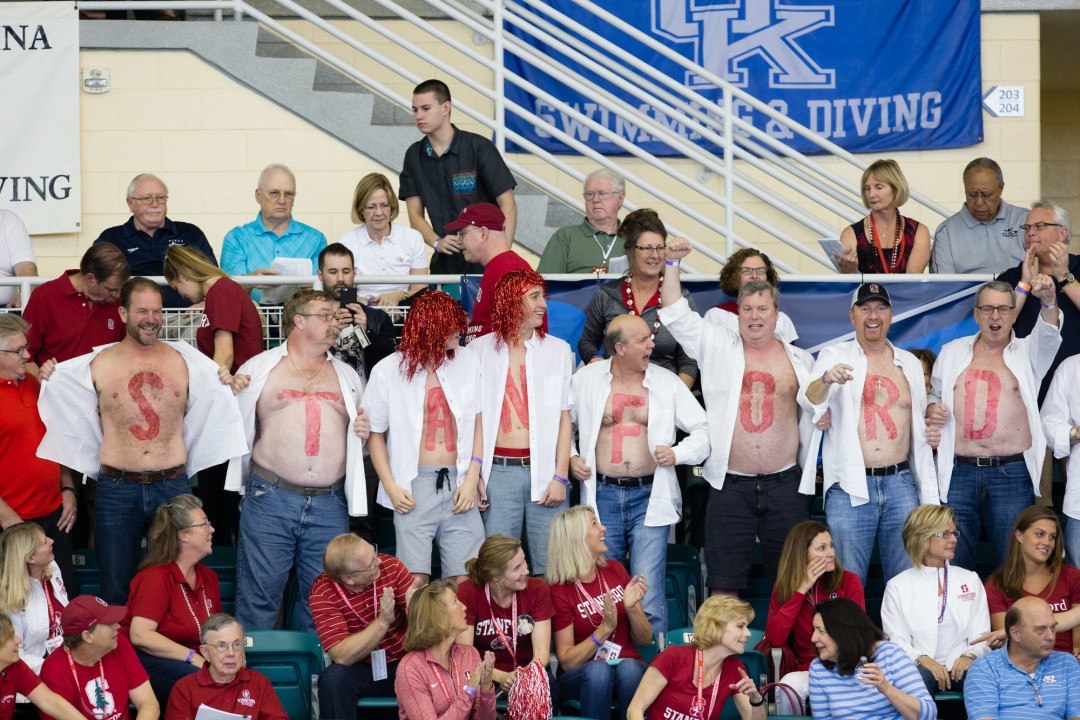 Stanford, the favorites to win this year’s national title, continue to stack up their roster with NCAA qualifying slots. The Cardinal had already qualified 14 swimmers and now will have at least two divers. Each diver counts as half a roster spot, with teams capped at 18 roster spots.

Fellow Pac-12 program UCLA had the best day on the women’s side, with Maria Polyakova winning the 3-meter title and Annika Lenz and Ciara Monahan also earning NCAA bids. Cal, one of the top challengers to Stanford’s title run, did get Phoebe Lamay into the meet.

On the men’s side, potential top 10 programs Stanford, Cal and USC all got divers in. USC’s Henry Fusaro won the 1-meter event and booked a reimbursement slot. Stanford’s Bradley Christensen is the other diver locked into reimbursement status. The Trojans also qualified Dashiell Enos and Stanford got Theodore Miclau and Cameron Thatcher into NCAAs. Cal meanwhile qualified Connor Callahan.

THE Mountain West Conference representing well on the women’s side! 2nd, 4th, and 6th!

Thanks for this. I admit that I don’t have a great understanding of diving qualifications.

Really well done explanation of what is going on. Thank you for covering this!