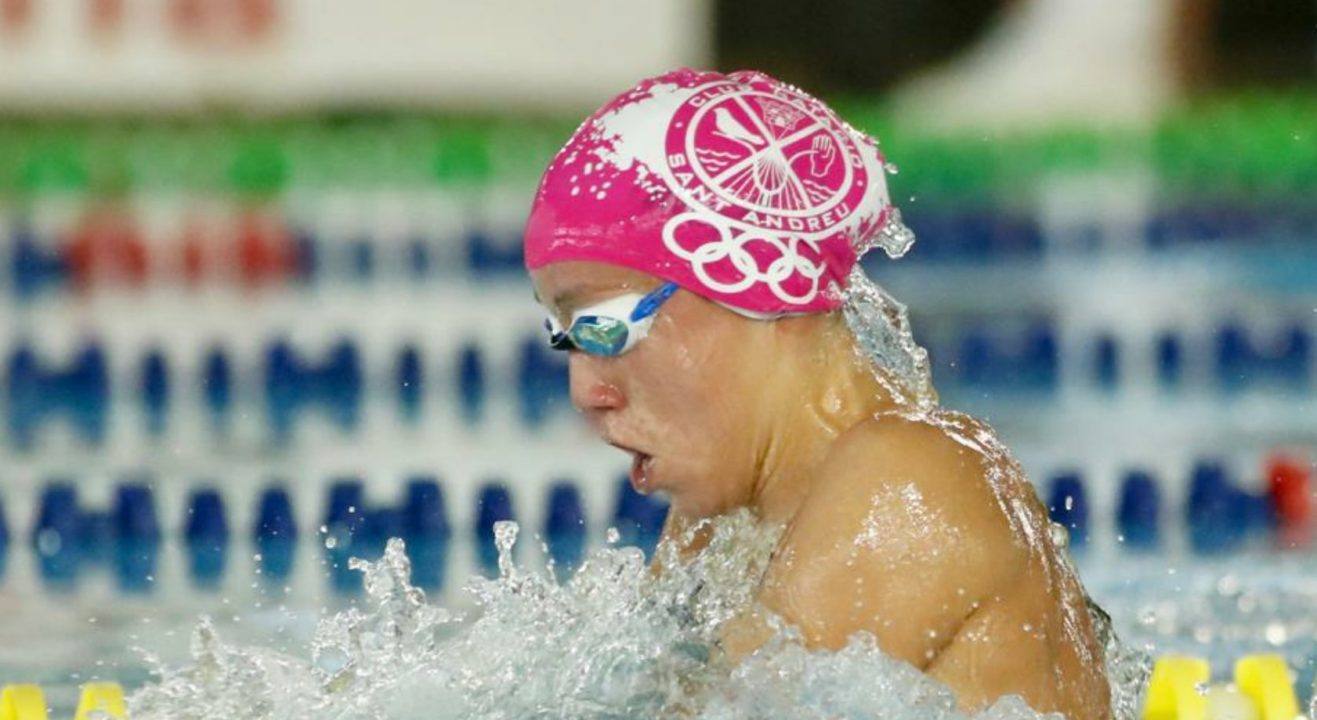 Jessica Vall (above) will be racing for a spot on the Spanish European Championship team, which would give her the chance to defend her 200 breast title. Archive photo via Federació catalana de natació

The meet is the country’s official selection event for the 2019 European Short Course Championships, which will be held from December 4th-8th in Glasgow, Scotland. While official time standards can only be achieved at this meet, up to 4 per event with the exception of the 800 and 1500 freestyles where the limit is 2, the RFEN does maintain a discretion to add other swimmers in the “best interests of the team.”

The meet will also feature Cesar Castro and Lidon Munoz, the country’s two most recent National Record breakers in short course meters. Castro will race the 50, 100, 200, and 400 freestyles. The 200 is where his record-setting swim came at this meet last year, where he swam 1:43.94. Munoz’s 2 National Records from late last year began with the 50 free, where she hit a 24.27 on a relay leadoff at these Spanish Championships. A few weeks later, at the World Short Course Championships, she took out the National Record in the 100 IM as well in 1:00.69.