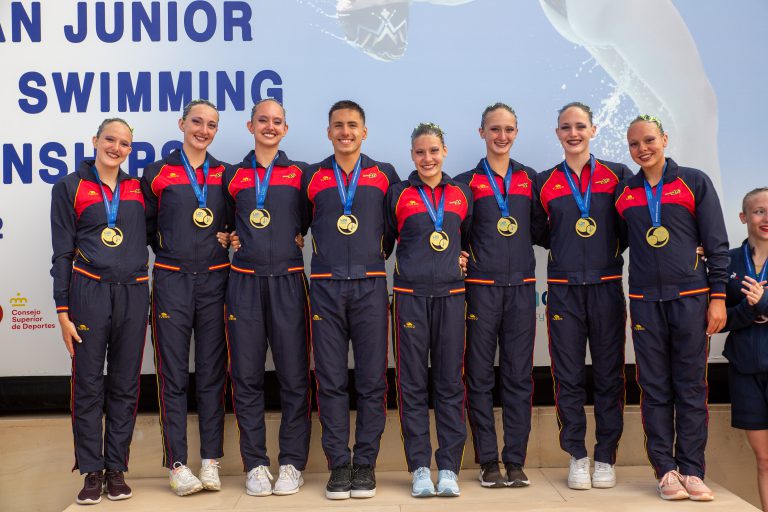 The teenager achieved a scored of 79.0281 for his historic victory which saw him finish ahead of Italian rival Pilippo Pelati (73.2033) who took silver.

“I think it’s super good that they introduce the male solo because it makes more people see it and encourage them to practice it because it doesn’t have to be a sport only for girls,” said González. “I am very proud to be the first to do this, to win it and for the future of men’s artistic swimming.”

A press release from the organising committee stated the inclusion represented a “step forward” and focused on the key message that “artistic swimming a sport for everyone.”

Later in the day González would again stand on top of the podium after helping the eight-strong Spanish team – which also featured day two gold medallists Maria Bofill, Aitana Crespo and Mercedes Diaz – to victory in the Team Free final.

Spain finished with 87.5000 to edge ahead of Italy and France.

The Championships can be followed LIVE on the LEN website: https://dai.ly/x8bj3ha

The LEN Junior Artistic Swimming Championships are organised by the Royal Spanish Swimming Federation (RFEN) and the European Swimming League (LEN), with the support of the Alicante City Council (with the respective departments of Tourism and Sports), the Alicante Provincial Council and the Trinidad Alfonso Foundation.