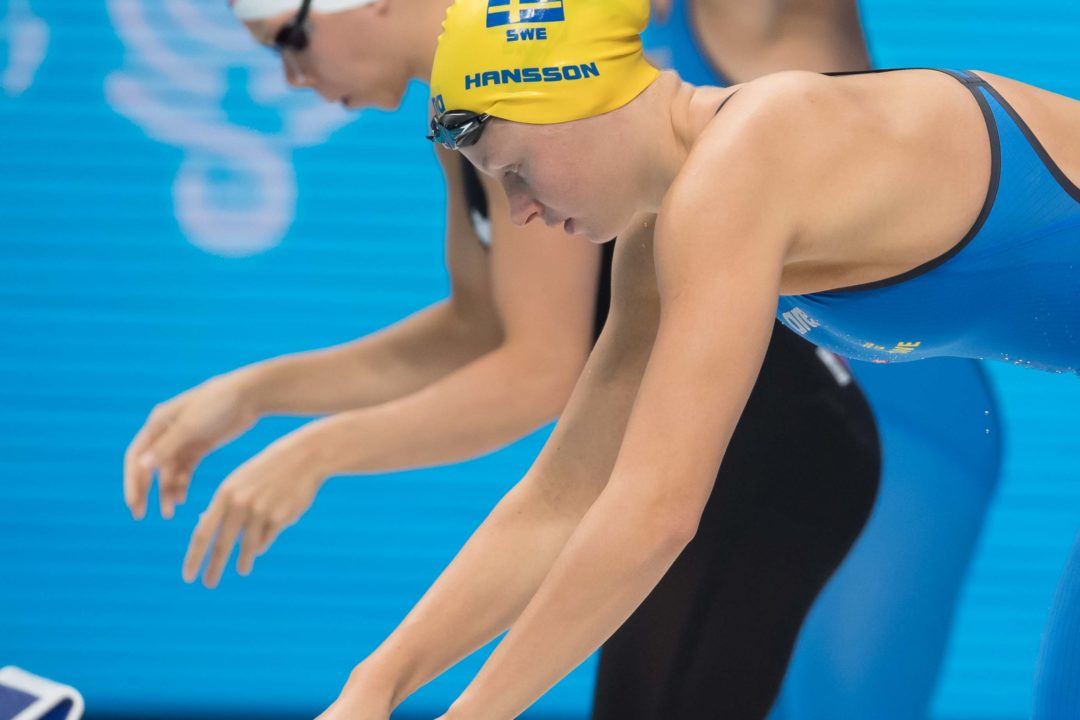 During the second half of the Swedish Short Course Championships, Sophie Hansson lowered her own 50 breaststroke national record. Archive photo via Mike Lewis/Ola Vista Photography

After breaking the SCM 100 breaststroke Swedish record in the first half of Swedish Short Course Championships, Sophie Hansson lowered her own SCM 50 breast national record in the second half.

On the junior side, Emmy Hällkvist, who broke Sarah Sjöström’s 100 fly record for 13-year-olds earlier in the meet, broke another one of Sjostrom’s records, this time in the 100 free.

Hällkvist finished tenth in the event among all competitors in a time of 56.61, the new Swedish record for 13-year-olds. Sjostrom’s old record, set in 2006, was 57.20. Hällkvist’s record-breaking 100 fly earlier in the meet was 1:00.80, almost an entire second faster than Sjostrom’s previous record.

Comparatively, after she broke these records, Sjostrom would go on to compete and win at the 2008 European Championships, when she was just 14.