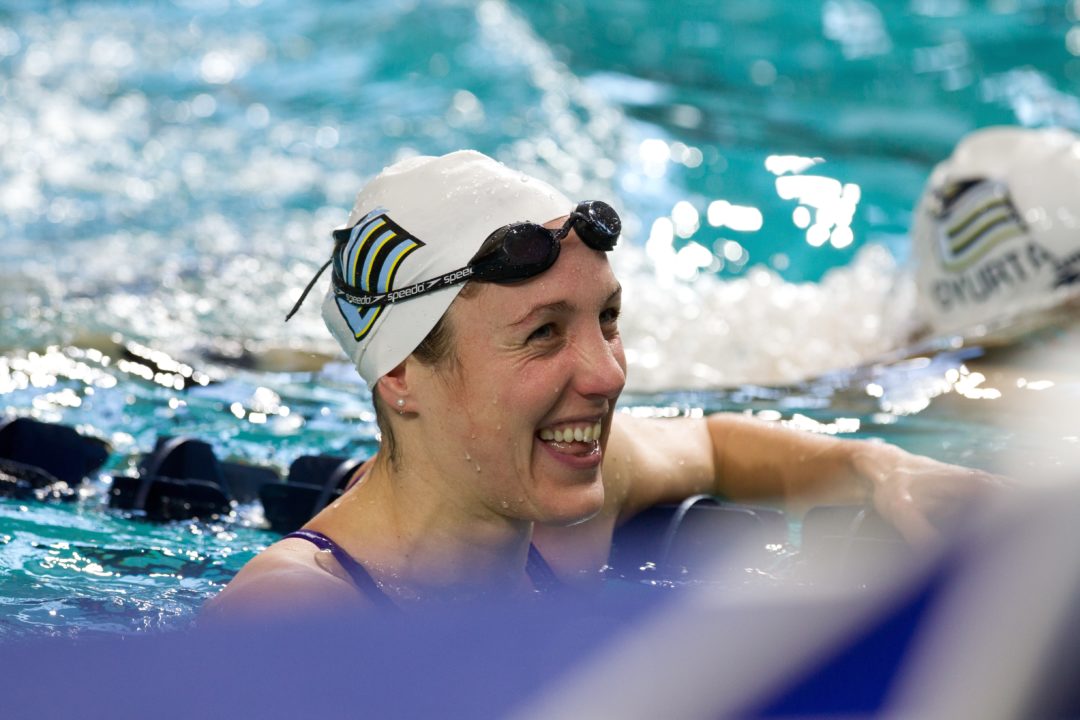 The 2012 Eindhoven Swim Cup kicked off today in the Netherlands, where four days of competition will finalize the Dutch Olympic Team. Though many of the names that will be representing the country in London are set, which events precisely are not.

Among those races still up-in-the-air are the women’s sprint freestyles. Ronomi Kromowidjojo and Marleen Veldhuis sat comfortably on top of the list in the 50, until a few weeks ago in Amsterdam where Inge Dekker shocked everyone with the best time of her career in 24.42. There are certain times at this meet (the top row on the results PDF’s) that show the minimum “shape preserving” times that swimmers have to go to hold a spot for the Olympics.

The Swedes have also sent a large contingent to this meet, which is the biggest annual competition in the Netherlands. Their impact will be heavily felt on the results. There are a few Brazilians here as well – specifically the club Pinheiros who we last saw globe-trotting through Indianapolis at the Indy Grand Prix. Cameos but other Europeans will pop up throughout the meet as well.

The biggest standout time on the first day of the meet came from Sweden’s Sarah Sjostrom, who has wowed at just about every opportunity this year. She took the top seed in the 100 free semifinal with a 53.29 – outpacing the whole of the impressive Dutch contingent for the top seed both in this meet and in the world this year.

Also in the final is Sweden’s Ida Marko-Varga in 55.36; she’s one of many potential keys for the Swedish medley relay. Missing the final, however, was Hinkelien Schreduer, who was 10th in 55.65. She was much faster in prelims (55.15), which keeps her at least in the hunt for an Olympic spot before retiring. This is already the best meet we’ve seen from her in about three years. Femke Heemskerk was the only elite Dutch sprinter absent from this race.

In the women’s 200 IM, Wendy van der Zanden won in 2:13.14. That won’t earn her a trip to London, but will put her on the World Championship squad. The swim is a lifetime best and missed the Dutch Record by just a narrow .01, with the old time by Heemskerk set last year. She really gains a big advantage in this race using an outstanding backstroke leg (split a 33.4).

In the men’s 400 free, David Carry out of the UK took the win in 3:50.52. The veteran hasn’t yet earned a spot on the Olympic Team, but with an opening still in the 400 free, he’s got a shot at June’s ASA Championships of swimming his way on. The top-finishing Dutch swimmer was Dion Dreesens in 3:52.00. That’s the best time of his career by three seconds and puts him 4th on the all-time Dutch list at only 18 years old. Absent from this race were the Netherlands’ current two-best middle-distances swimmers – Job Kienhuis and Sebastiaan Verschuren, the latter of whom is focusing on earning an Olympic qualification mark in the 100 free instead. He took the top seed in that semifinal in a 49.1.

Brazil’s Joao Gomez won the 50 breaststroke in 27.82, followed by the Netherlands’ best Lennart Stekelenburg in 28.01.

She almost swims fast every time she goes in the water. It’s a little bit like Michael Andrew. No peak. First impression. Perhaps she’s in a big training period too. Second impression. And it would be a little scary for her opponents. She would swim 52.50 at the next olympic games.