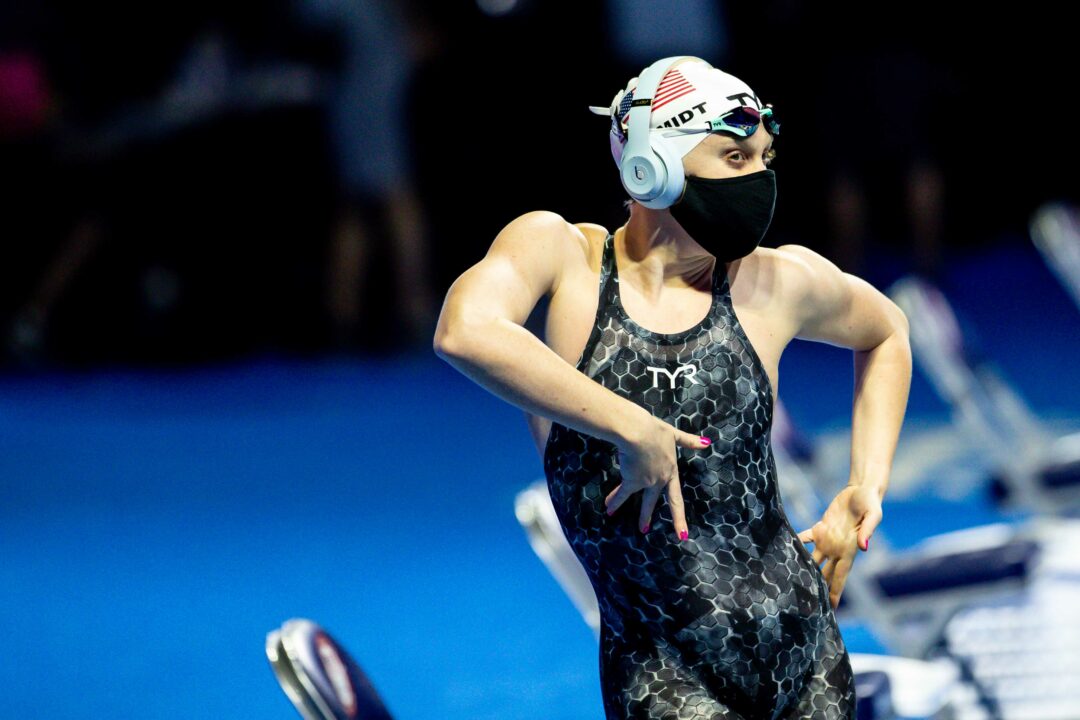 Sierra Schmidt will compete in the inaugural season of NBC's new competition show "Dancing With Myself" which premieres this month.

Sierra Schmidt is taking her dance moves from the pool deck to the stage. Known around American swimming as “the Dancing Queen,” Schmidt announced on her Instagram that she’s competing on a new NBC competition show called Dancing With Myself, which premieres on May 31st.

NBC pitched the show as “a series of high-energy dance challenges” inspired by the continuous viral dance challenges on social media. Contestants learn a new dance each week, bringing their personalities into the routine while competing for a cash prize. While there aren’t judges exactly, Shakira, Nick Jonas, and Liza Koshy serve as mentors to the contestants throughout the show.

While Schmidt is the only professional swimmer who incorporates her dance skills into her pre-race routine, she’s not the only one to compete on a dance show. Adam Peaty, Ryan Lochte, and Pernille Blume have also ventured into the world of reality TV, competing on Strictly Come Dancing, Dancing with the Stars, and “Vild med dans”, respectively. Of the group, Blume placed highest, finishing third.

Schmidt confirmed to SwimSwam that she was able to continue training while shooting. She also pointed out that all the dancing was an effective form of dryland. During the Winter Olympics, Schmidt worked at NBC Sports as a Production Assistant in the Highlights Factory. From there, she went right to filming, which wrapped before the San Antonio Pro Series. “It’s been a crazy couple months,” she said.

Schmidt was a six-time All-Amerian during her collegiate career at Michigan. She won gold in the 800m free at the 2015 Pan American Games. At 2021 Olympic Trials, her best finish was sixth place in the 400m free.

Dancing with Myself premieres on NBC at 10 p.m. ET on Tuesday, May 31.

Best of luck to Sierra!

The only times I’ve ever regretted being a swimming fan is the 10 seconds they show sierra swimming on deck looking like she’s having a seizure.

Listing pro swimmers who’ve competed on dance shows but leaving out Natalie Coughlin should be a cane-able offense!

Sounds like some good casting for the show. She can let out her freak for a national audience now and maybe get paid for it.