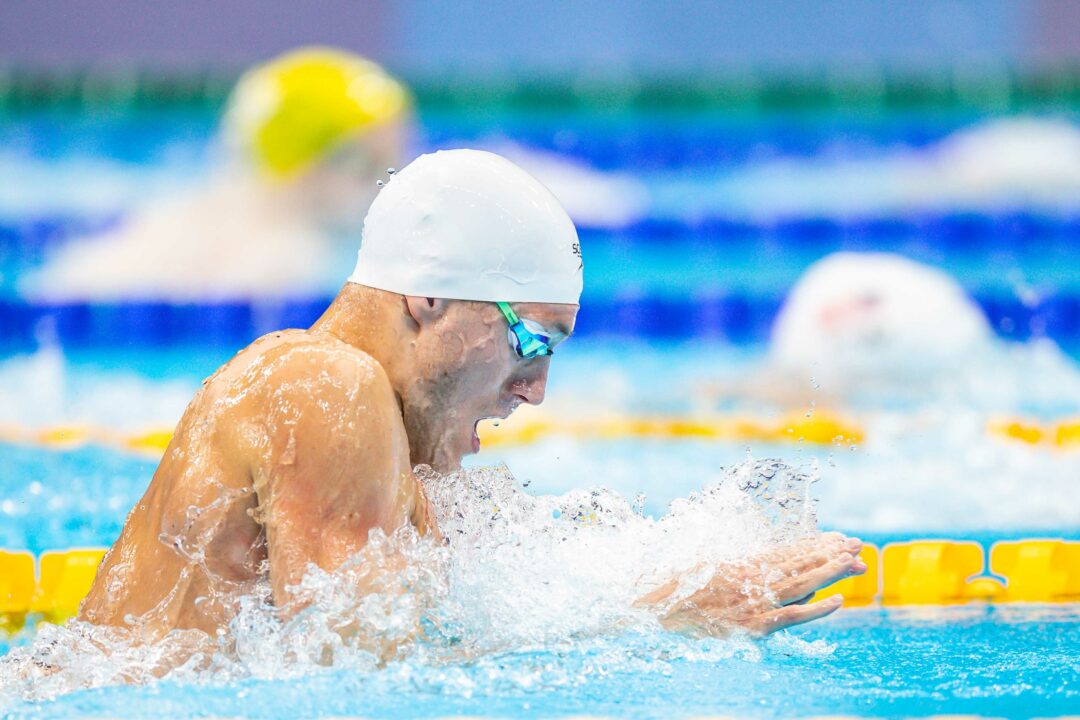 Energy Standard's Ilya Shymanovich clocked a time of 2:02.10 to break his Belarusian Record and win the men's 200 breaststroke during the ISL's Match 8. Current photo via Jack Spitser/Spitser Photography

Shymanovich, representing Energy Standard, edged in front of LA Current’s Rothbauer on the second 50 and pulled away on the third, ultimately holding off Tokyo’s Daiya Seto for the victory in a time of 2:02.10.

That time lowers Shyamnovich’s previous Belarusian Record of 2:02.77, set at the Belarus Open Championships in December 2020, and marks his first win in the event this season.

This is only Shyamnovich’s second match of the season, having missed Match 1. In Match 3 he was the runner-up to Iron’s Erik Persson in a time of 2:04.78.

Earlier this season Rothbauer had produced clockings of 2:05.54, 2:05.78 and 2:06.47 for the LA Current. He had been 2:05-something a total of five times before finally cracking the barrier on Saturday.

The 23-year-old Austrian Olympian employed the same strategy as he did in December 2019, going out hard and holding on for dear life. His improved front-end speed was the key difference-maker in resetting the record.