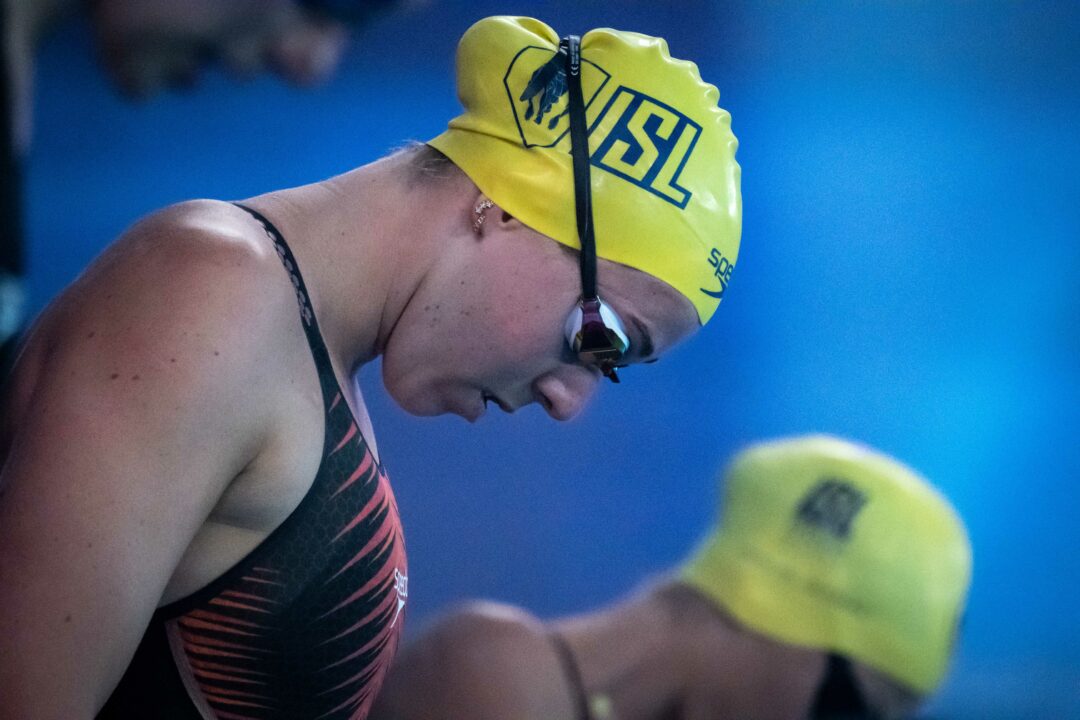 LA Current’s Abbey Weitzeil sliced .01 off her American Record in the women’s 50 freestyle (SCM) during Match 8 of the International Swimming League’s (ISL) third season, producing a time of 23.44.

Weitzeil’s clocking breaks her previous mark of 23.45, set during Match 10 of the 2020 ISL season in Budapest, and earned her a narrow victory over Energy Standard’s Sarah Sjostrom (23.47) and London Roar’s Emma McKeon (23.65).

Weitzeil broke the American Record in this event twice last season, first touching in 23.79 to break the 13-year-old mark of 23.82 held by Dara Torres that had been on the books since 2007.

Weitzeil now moves into a tie for eighth all-time in the event’s history with Great Britain’s Fran Halsall.