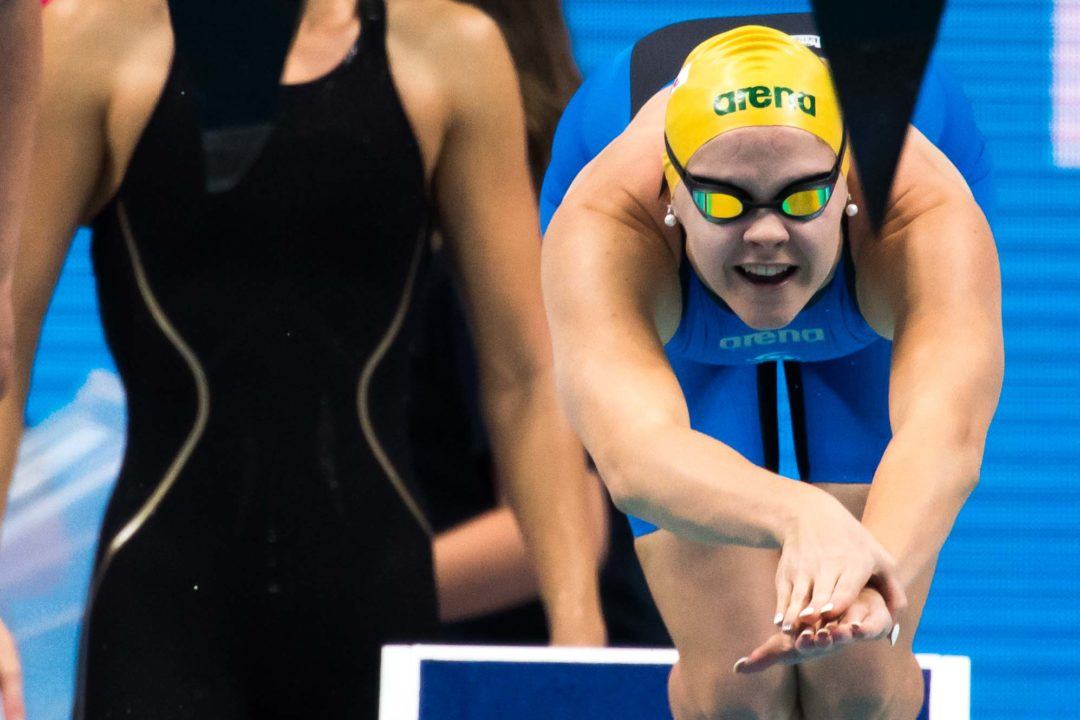 Rumors circulated in Australian media on Tuesday that Jack has been given her sentence, but evidence indicates that this is not actually the case. Archive photo via Mike Lewis/Ola Vista Photography

It’s the Olympic year, and for high-level athletes, that means WADA’s updated list of 2020 prohibited substances is now in effect.

Roberto Marques tested positive for cannabis at the 2019 Brazil Open, where his Fluminese team finished in 4th place. 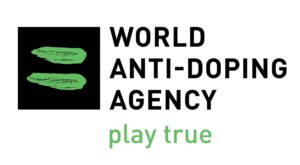 The World Anti-Doping Association (WADA) has released its 2018 final anti-doping testing data – more tests were conducted, and the rate of AAFs dropped slightly.

USOPC Chair Susanne Lyons didn’t call for a blanket ban on Russian athletes, but did say it would be difficult to prove which athletes are innocent.

On Tuesday morning in Australia, media reports began to circulate that Shayna Jack had been given a 4-year anti-doping ban by the Australian anti-doping body ASANA. A closer examination of the facts, however, indicate that no doping ban has been given yet.

ASADA has released several statements this week hoping to quell certain criticisms around its and Swimming Australia’s investigation into Jack after she tested positive for Lingandrol at a pre-World Championship training camp. While the statements have not explicitly named Jack, they have been obviously referring to her.

Two statements (which can be read at the end of this post) defend Swimming Australia’s choice to not announce that Jack positive test until she posted about it on social media – instead relying on the “personal reasons” explanation.

Further review of the information that some media outlets have called Jack being “handed a 4 year ban” illuminate that no decision on a ban has been made; rather, it appears that Jack has simply been sent a letter outlining the process for reducing a ban and the sentencing guidelines. Under the latest anti-doping guidelines, which took effect in 2016, all first time doping failures face a maximum 4-year ban. By proving some degree of unintentional ingestion in the eyes of the sanctioning body, the athlete can reduce the ban to 2 years. Historically, this has been a fairly low bar to cross, as it relies mostly on a panel’s belief in a credibility of an athlete. A lack of prior doping violations and any evidence of an athlete’s care in preventing accidental ingestion (for example, if an athlete has their supplements regularly tested) have been used to make this jump from 4 years to 2 years.

After that, any further reduction from a positive test relies not so much on the degree of benefit provided by the substance; rather, it requires an athlete to prove the source of contamination, such as a tainted supplement, food, mislabeled pills, or in the most nefarious cases: sabotage.

ASADA reinforced that no ban had been given in another cryptic statement on Tuesday that once again did not name Jack, but as written could have only been referring to Jack.

“Under ASADA’s process an athlete is never officially sanctioned whilst an investigation is being conducted. The time taken to finalise an investigation and complete our legislative process varies but can take several weeks/months due to a range of factors including affording athletes procedural fairness.”

In short, any headlines indicating that a decision on Jack’s sanction has been decided are in error. Jack, for her part, continues to maintain that she did not knowingly take the substance, and says that she is working to figure out a source of contamination.

Very few 4 year bans have been handed out in swimming since the new guidelines went into affect, though the most notable has been to Italian two-time World Champion Filippo Magnini.

On 22 September 2015, Swimming Australia executed a confidentiality undertaking with ASADA for the protection of privacy of personal information.

Australian Sports Anti-Doping Authority (ASADA) has entered into multiple individual confidentiality undertakings with sporting organisations for the purposes of the National Anti-Doping Scheme.

The publication of information is often complex and is regulated through a range of governance instruments including the World Anti-Doping Code and Privacy Standard, ASADA legislation, the Privacy Act and our binding agreements with sports all to be considered.

ASADA continues to undertake an ongoing investigation in relation to this matter and will not be making further comment.

The following statement is intended to provide information about the Australian Sports Anti-Doping Authority’s (ASADA) processes and should not be attributed to an individual case.

Since 2006, ASADA has been entering into legally binding confidentiality undertakings with sporting organisations in accordance with provisions contained in the National Anti-Doping scheme. These undertakings restrict what sporting organisations can say. This is, and always has been, ASADA’s standard practice. One of the reasons as to why ASADA has these agreements is to protect the integrity of our investigations.

As a leading anti-doping organisation ASADA is one of a few anti-doping organisations globally that has investigation powers under legislation. It is ASADA’s standard practice to conduct a thorough investigation in relation to all allegations of doping in Australian sport, including when an athlete returns a ‘positive’ test result for a non-specified prohibited substance. This enables ASADA to assess the veracity of an athlete’s claims and determine whether other athletes or support persons are involved in a broader anti-doping issue, as well as taking into account the rights and welfare of the athlete.

More importantly, our investigations enable ASADA to target facilitators who may be preying on Australian sport and our athletes.

Australians’ demand that our athletes compete on a level playing field and ASADA’s investigative powers and capability are an instrumental tool in ensuring that we lead the way in this area.

Not all anti-doping organisations have investigative powers and capabilities. Their processes are often limited to merely publicising a provisional suspension and then progressing a case with limited information or detail. By comparison, ASADA goes to great lengths to get to the core of potential anti-doping violations.

The assessment by ASADA as to whether information is disclosed publicly is made on a case-by-case basis, taking into account the facts and circumstances of the matter.

Often it is not in ASADA’s interests for our investigation to be public in the early phase of our processes. In simple terms, what would a facilitator of doping do if they were to become aware of ASADA’s investigation? From our experience, evidence could be destroyed, or our investigation frustrated by the fact that it was subject to public commentary.

Despite our powers, ASADA can never restrict an athlete’s right to discuss or talk about their case in public.

ASADA CEO, David Sharpe says, “Athletes around the world are confused by these processes and more efforts should be undertaken by sports leaders to inform athletes.”

How will Horton protest Jack?

If she’s not swimming in meets (due to a lengthy ban), there’s nothing to protest. It seems pretty simple to me – what am I missing?

Thank you for saying it Judgenot . People really don’t get it

By avoiding podiums for the next four years

Will her coach Boxall be investigated as part of the process? If so, it seems that he should not be keeping in contact with the swimmer Jack.

Has Dave salo been investigated to do with all of his swimmers’ infringements?

Won’t swim in the same pool as her

Shower me with downvotes

So you agree thaf Yulia and Suns got a fair suspension length? Seems hypocritical.

Suns ban was for an Inhaler that he previously had a TUE for. This is for taking a SARM… completely different.

Lol that’s quite the leap you just made.

Yulia’s claim was a supplement which contained an illegal substance that she just didnt know was illegal. I could see Jack with a similar claim and it was not on the label. I’m assuming athletes check the labels these days. So Jack’s suspension would be similar to Yulia or less. I’m going with 9 months so she gets to swim trials before next years Olympics. That is what I expect but my opinion is that it should be 2 years

Yulia was a special case I believe what happened was she was tested for a newly banned substance. So she was taking it while it was legal then they banned it and she continued to take it then tested positive. I’m not 100% sure so look it up for yourself if you really wanna know but athletes should know what they are putting into there bodies and should be held responsible for it. Knowing you could be banned from sport for life she should have taken the time to research what she was taking and if it was legal or not. Especially as an elite athlete who gets regularly drug tested. She had all the resources she needed to look… Read more »

You’re right about Yulia and the meladonium, but that was her second banned substance case. She had already been banned for DHEA from Oct 2013 – Feb 2015 (16 months) and stripped of medals and records.

Yes I was referring to her first ban. I believe she said she purchased the product at a GNC store and claimed ignorance.

Except it’s not like not stopping at a stop sign and running over a kid at all.

No its just like a speeding ticket per Yulia you pay the fine and move on.

Vote Up00Vote Down Reply
James B

Yulia walks into a GNC store in Southern California and asks the employee if there are any banned substances in a particular supplement. When the clerk assures her there are not, she makes the purchase. She takes the supplement and tests positive. She appealed the original length of the suspension and after a hearing with CAS, her suspension is reduced. Why? Because when she testified under oath about what happened, they believed her. Why? Well, for one, she had never before tested positive. Two, she saved the receipt and the dates of her taking the supplement and the date she tested positive matched. Third, you must remember, English is not Yulia’s first language. Now, to the meldonium. WADA did not… Read more »