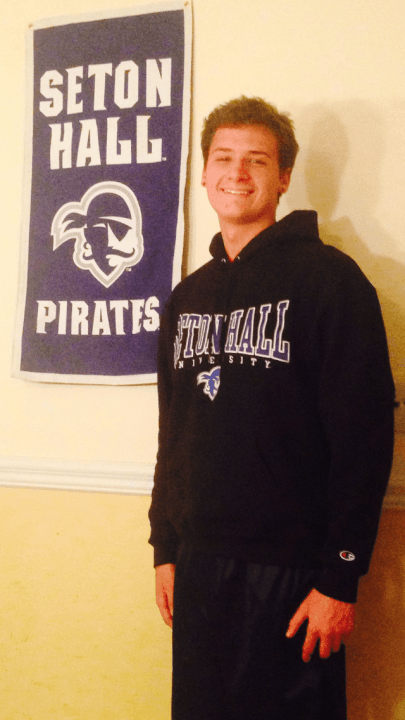 Ivan Michalovic has made a verbal pledge to the Seton Hall Pirates for the 2015-16 season. The Garnet Valley High School (Pennsylvania) senior will head two hours up the Interstate to make South Orange, New Jersey his home for the next four years.

“I’m really excited to be a part of a growing team at Seton Hall where we will be pushing to win the Big East title in the coming years.”

Michalovic will be a big-impact addition to the Pirates’ squad. His best mile time would have scored sixth at 2014 Big East Conference Championships, 20 seconds faster than Seton Hall’s top scorer. His 400 IM would have landed him in the A-final as well, while his 500 free would have been right on the A/B border. Not only should these be big points for the Seton Hall men’s team, but Michalovic should be able to push some of the perennial A finalists –Xavier, Villanova, and Georgetown– down a level.