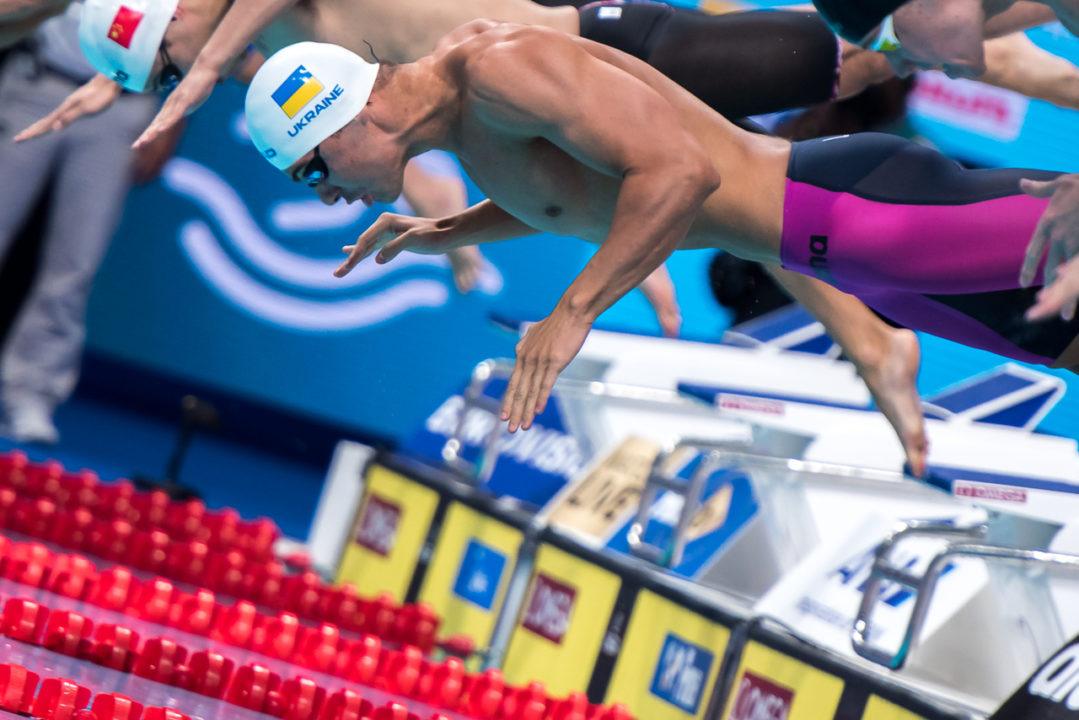 Shevtsov, who won the 50 free yesterday, turned in a 48.73 for the 100 free title. That's about a half second off his best, as he's the National Record holder with a 48.26 from 2017 Worlds. Archive photo via Peter Sukenik/www.petersukenik.com

On day 2 of the Ukranian National Championships, Sergey Shevtsov secured a sprint sweep. Shevtsov, who won the 50 free yesterday, turned in a 48.73 for the 100 free title. That’s about a half second off his best, as he’s the National Record holder with a 48.26 from 2017 Worlds.

The women’s side saw a sprint sweep as well from Irina Pikiner. After winning yesterday’s 50 free, she topped the 100 free podium in 55.78. Julia Stadnik also earned her 2nd victory in a single stroke. Stadnik added to her 200 fly win with a 1:01.17 victory in the 100 fly.

Alina Kruk won the women’s distance title of the day as she swam a 17:09.76 in the mile. Nikita Ostapenko won the 800 free in 8:05.78, where Ukranian star Mykhailo Romanchuk, a distance medalist at the World Championships, was absent.