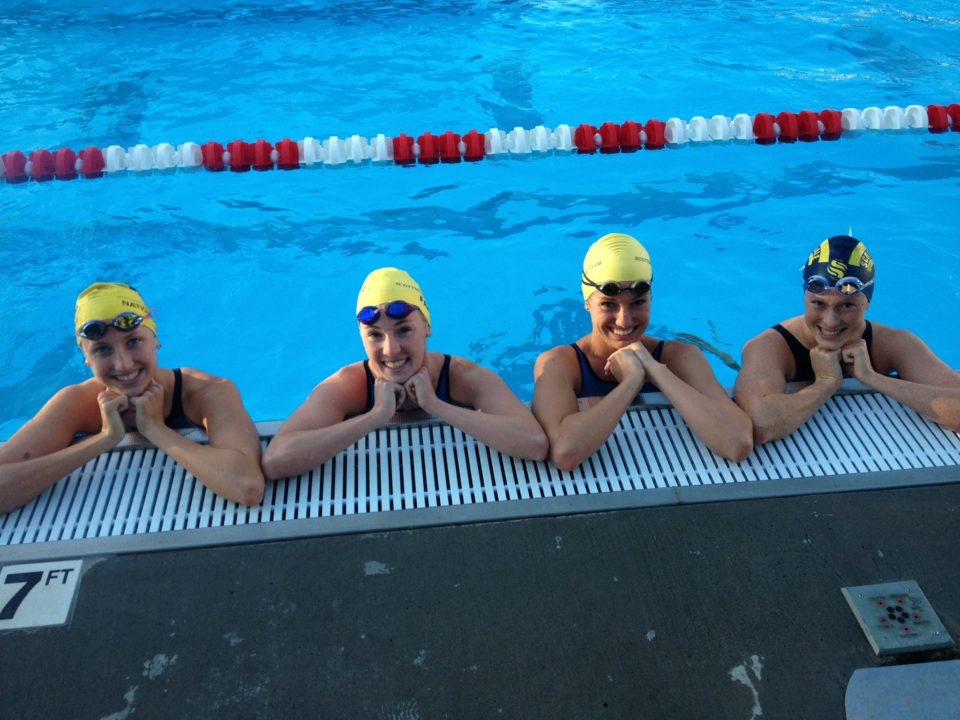 This photo, taken after their record-breaking swim in the 200 free relay on Thursday, shows the four swimmers from Scottsdale who have broken three NAG Records this weekend already. (Photo: Kevin Zacher)

This was the same group that broke the record in the 200 free relay, though they switched the order of the first three legs and left the youngest member of the squad, Bilquist, to anchor again.

The overall 15-18 record still belongs to a group from the Colorado Stars that includes Missy Franklin and Jordan Mattern: both members of this year’s American 800 free relay for the World Championships. They swam a 3:45.50 in 2010.

The Scottsdale Aquatic Club, across all age groups and courses, have now broken 7 National Age Group relay records in the last two years.