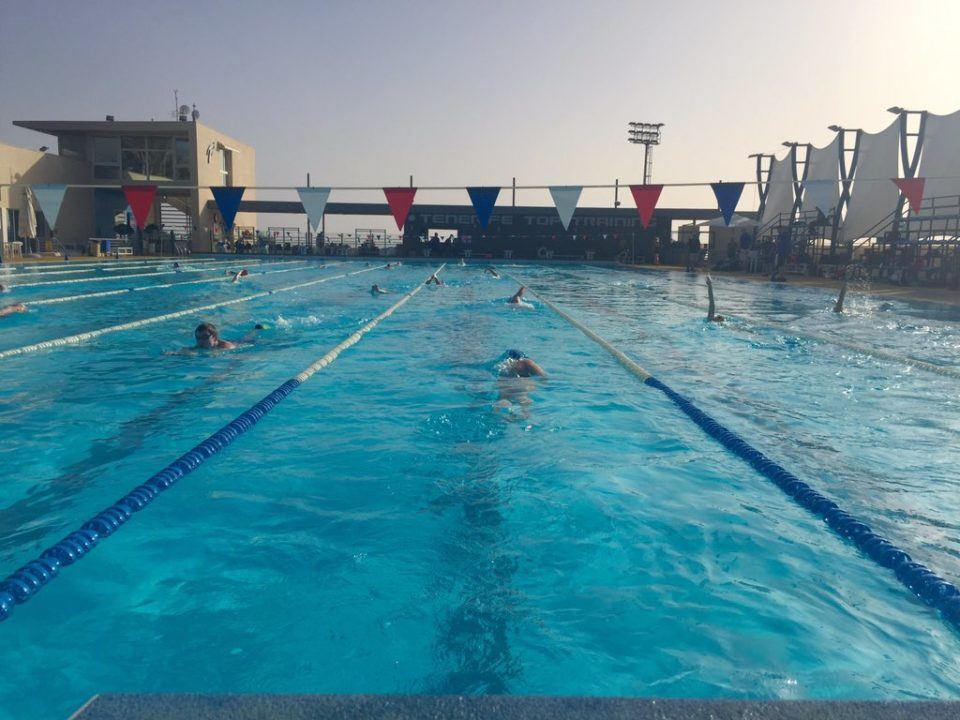 Scottish swimmers are spending some time in the Tenerife sun, while additional junior athletes head to Texas. Current photo via courtesy of Ian Wright

British swimmers are on the move, with a Scottish contingency spending time in Tenerife, while a 12-strong junior squad plans on competing at the Arena Pro Swim Series next week.

As far as the Arena Pro Swim Series meet, 12 junior British athletes will be traveling to Austin next week. The goal is to add to the swimmers’ race preparations ahead of the British Swimming Championships set for April.

“The first is simply to go in search of the best competition in the World,” explained Jones. “There aren’t too many opportunities for our next generation to race against an elite international field, so we have to go out in search of it and the Grand Prix events deliver just that.

“Secondly the meet also establishes an excellent opportunity for swimmers to gain valuable experience and work through pre-race processes due to the event format, and the four-final format means that 32 swimmers in every event will get a second swim.

“This second swim is a key part of our athlete development and learning, aiding transition into the senior ranks.”

The Scottish training squad in Tenerife and then the British squad headed to Austin are listed below.

I thought Duncan Scott was an Olympian too????