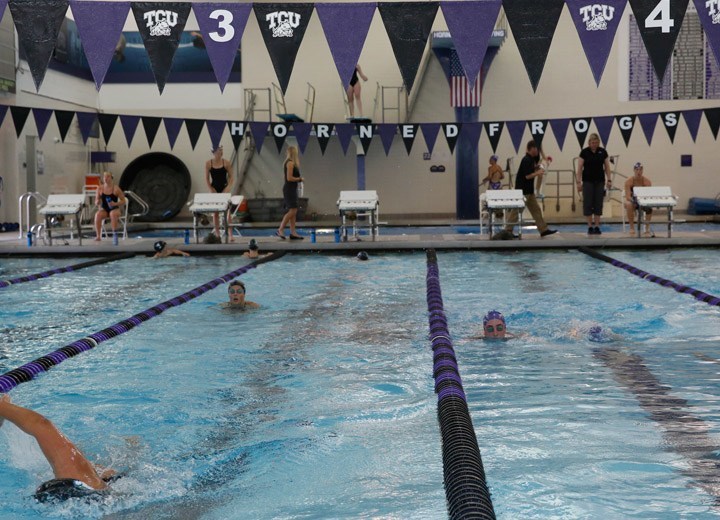 UNT Freshman Leigh Faires McGee won the women’s 100 free in 53.15, barely touching out teammate Brittany Thurstin‘s 53.16. Joao Andrade made it three wins on the day with a 46.54, considerably ahead of TCU freshman Matthew Brewer‘s 48.49.

You can view individual event results on Meet Mobile, or click here for the combined overall results.

Wait, besides the overall title it says Sarah Vaisse won the 100 IM and . . . nothing else? So how was that her second win of the day?

So far I’ve only found the individual event results on Meet Mobile. Just added a link to the combined overall results, though.