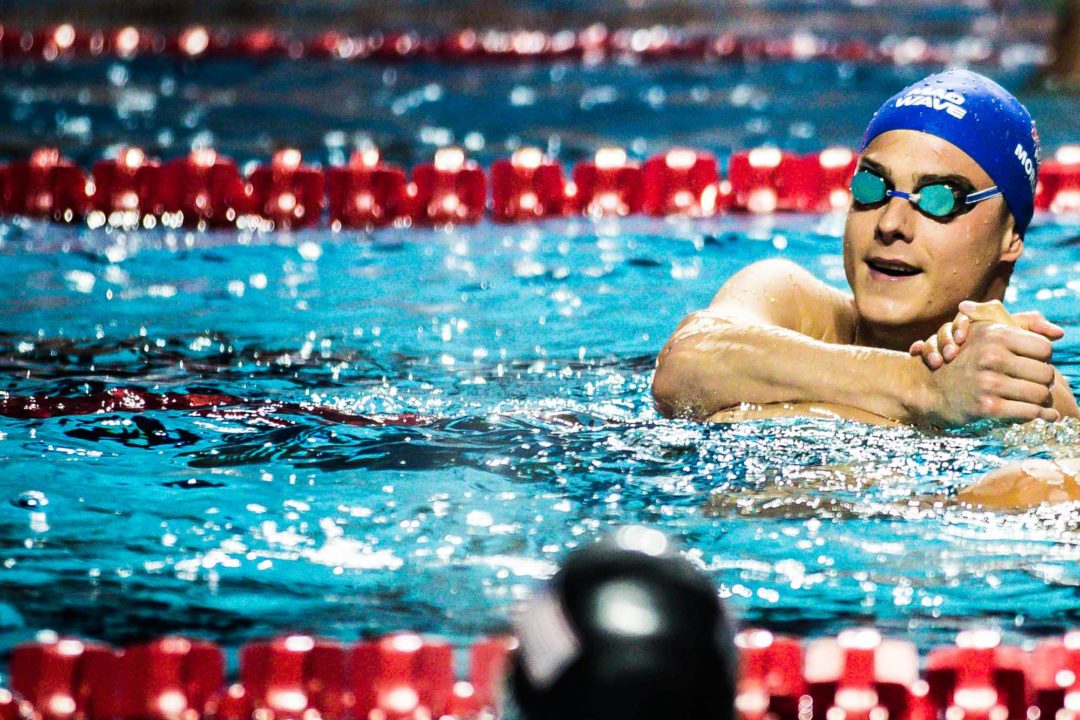 Vladimir Morozov anchored in 47.02 as the Russian men set a new National Record in the 400 medley relay. They won bronze in a time of 3:28.81. Archive photo via Jack Spitser/Spitser Photography

The Russian men set a new National Record in the final of the 400 medley relay on the last night of the 2019 World Championships, becoming the fifth country in history to break the 3:29 barrier en route to the bronze medal.

The quartet of Evgeny Rylov, Kirill Prigoda, Andrei Minakov and Vlad Morozov put up a time of 3:28.81 to knock off their previous mark of 3:29.76 from the 2017 Championships in Budapest.

Minakov, who had a breakout performance with an individual silver in the 100 fly, is the only new member of the record-setting team. Aleksandr Popkov swam the butterfly leg two years ago.

Rylov and Prigoda were both over three-tenths faster than they were in Budapest, and then Minakov topped Popkov’s split by six-tenths in 50.54. Morozov was over three-tenths slower than he was previously but was still the third-fastest in the field.

Minakov was also the second-fastest in the field.

Russia is now the fifth-fastest country in the history of the event. They came in ranked seventh.