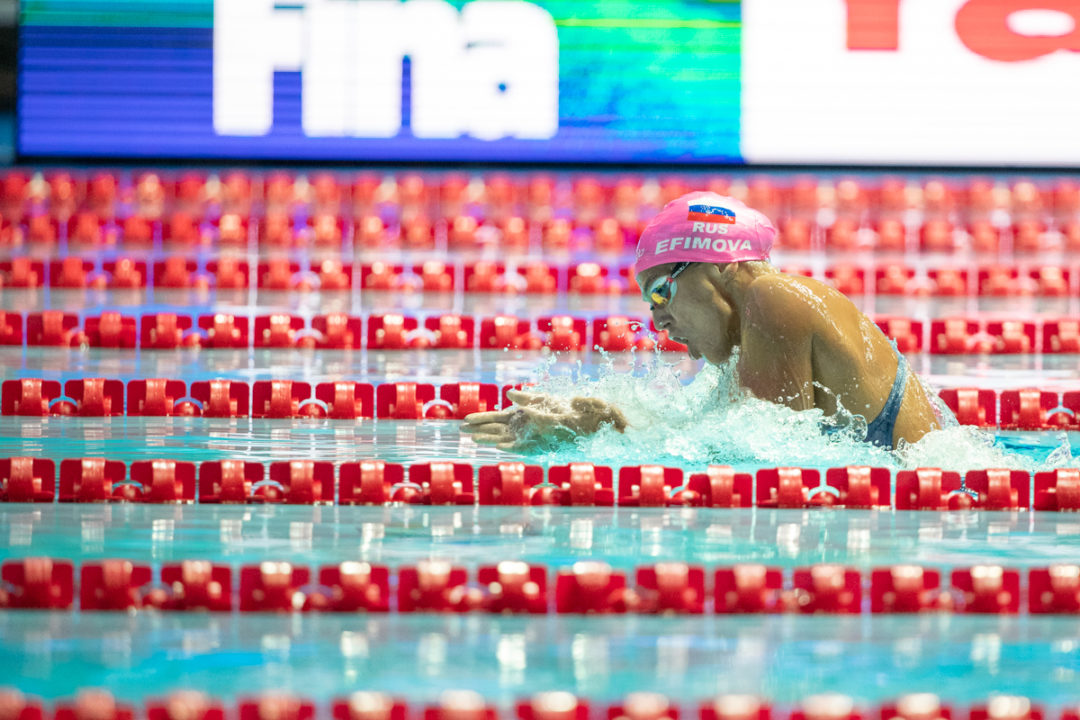 The 2019 FINA World Aquatics Championships concluded in Gwangju, Korea tonight with the nation of Russia hauling home its greatest medal total yet.

Entering this year’s edition of the biannual long course event, Russia’s best performance at a World Championships came in 1994 when it reaped 11 total medals, including 4 golds.

Flash forward to 2019 and Russia fell one gold shy in earning 3, but added 3 overall medals to bring its collective tally to 16. That rendered the nation 4th in the medal table, which ranks nations first on the number of golds.

Among the minor medals for Russia, Rylov also took silver in both the 50m and 100m back, while Efimova took bronze in the 50m and silver in the 100m breaststroke events.

But Russia wasn’t the only European nation who defied history, as Italy concluded its World Championships in 5th place in the swimming medal table, also its best-ever finish.

3 golds, 2 silvers and 3 bronze medals composed Italy’s total of 8, with its top winners consisting of Simona Quadarella in the women’s 1500m free, Gregorio Paltrinieri in the 800m free and Federica Pellegrini in the 200m free.

Italy moved up a spot from 5th place 2 years ago in Budapest, but they were 9th in 2015 in Kazan, where they won 5 medals (3 gold, 0 silver, 3 bronze). At the time, that was their best-performance ever, and in between the World Championships, they also had their best-ever medal performance at the European Championships.

* – competing as the USSR