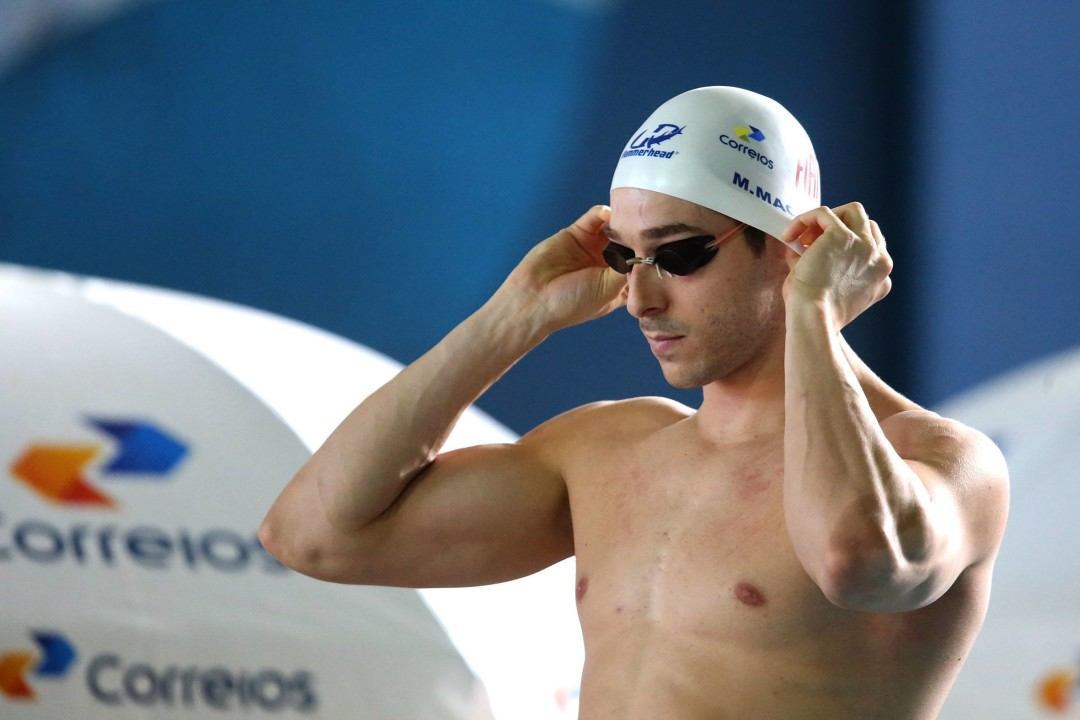 The 29-year-old retired swimmer is at the forefront of fighting the epidemic, working 80 hours a week aiding hospitals in the city of Sao Paulo. Archive photo via Satiro Sodre/SS Press

Per Brazilian outlet UOL, Brazilian Rio 2016 Olympian Marcos Macedo is joining the fight against the COVID-19 pandemic in his home country. The 29-year-old retired swimmer is at the forefront of fighting the epidemic, working 80 hours a week aiding hospitals in the city of Sao Paulo. In spite of his athletic resume and young age, Macedo has taken all precautionary measures to avoid contamination, the report says.

Macedo is a rare case in Brazilian high-performance sport, having been able to focus on both his training aimed towards qualifying for the Olympics and the many years of study needed to get accepted into medical school.

The focus on medical school was only put aside in the year of the Olympic Games in Rio, for which Macedo took a gap year from college in order to fully focus on his training. Macedo raced in the 100-meter butterfly where he finished in 34th place after clocking a time of 53.87.

According to the website worldometers.info, the worldwide death toll due to the COVID-19 pandemic stands at 28,800, with 622,316 confirmed cases. As per Brazil, at the time of publishing the nation stands 19th worldwide in terms of confirmed cases with a total of 3,477 accounting for 93 patients who succumbed to the virus.

A fine person who will always be great! Thank you for your service to humanity!