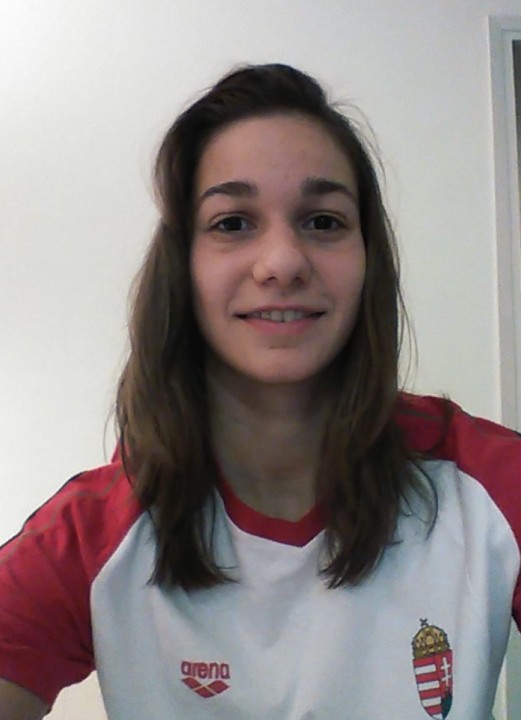 Gyorgy should be an NCAA scorer right away in Blacksburg. Current photo via Reka Gyorgy

Reka Gyorgy, one of the top young swimmers in Hungary, has told SwimSwam that she has committed to Virginia Tech. Gyorgy is coming off multiple medals at the Hungarian Short Course Nationals early this month, and projects to be an NCAA qualifier from the get-go in Blacksburg:

Most notably Gyorgy’s 400 IM would have earned her a scoring finish at last year’s NCAA Women’s Swimming and Diving Championships. Gyorgy won a bronze medal at the 2011 European Junior Championships, and was beaten only by legendary countrywoman Katinka Hosszu in that event at the most recent Hungarian Championships.

Gyorgy’s converted times would be a Virginia Tech record in both the 200 backstroke and 400 IM. There is a bit of a Hungarian connection in Blacksburg as 2012 alumnae and All-American Erika Hajnal also hailed from that country and swam IM.

As for ACC Competition, Gyorgy projects as an All-ACC (Top Three in an individual event) competitor from the very beginning, as she would have placed 3rd in the 400 IM with her converted time last year. Virginia Tech finished third overall at the 2015 ACC Swimming and Diving Championships, but this is the type of commitment that could pull them closer to second place North Carolina.

Gyorgy was in action this morning at the European Short Course Championships, just missing the final in the 400 IM.