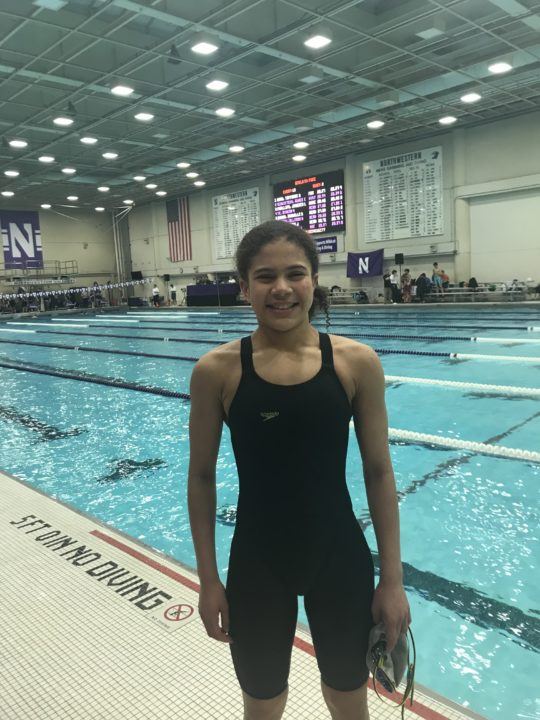 Swimming at the Midwest Premier Meet this weekend in Evanston, Illinois, Raquel Maldonado of the Chicago Wolfpack Aquatic Club (CWAC) broke the 10 & under National Age Group Record in the 100 meter fly (LCM). Her time of 1:07.06 breaks the old record of 1:07.42 that was set in 2015 by Miriam Sheehan of the Phoenix Swim Club.

The swim breaks Maldonado’s previous personal best and Illinois LSC record for 10 & unders that was a 1:08.36 set last July. She doesn’t age up until mid-March, though it would take an even-bigger drop to get Sheehan’s yards record: Maldonado’s best time in yards is 1:03.81 and Sheehan’s record is 59.67.

Other Highlight Swims at the Meet:

Congratulations Raquel! Your commitment to swimming is an inspiration.