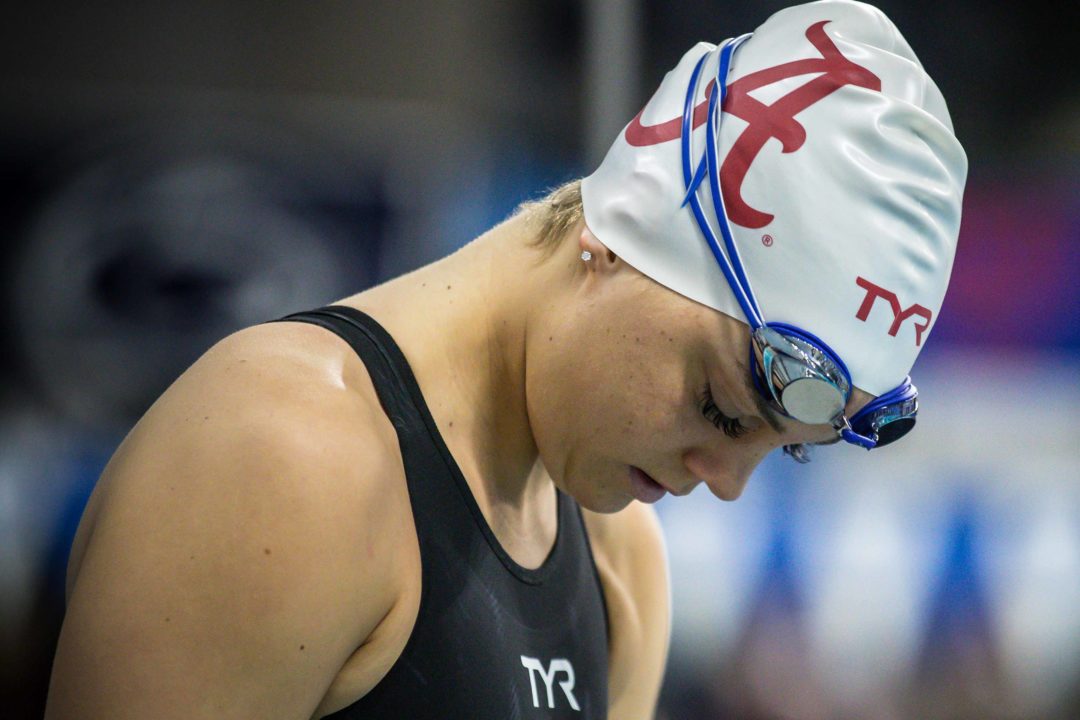 Alongside numerous other races worth watching on Saturday night, Alabama's Rhyan White's 200 backstroke is sure to provide an exciting swim. Current photo via Jack Spitser/Spitser Photography

With the last day of racing taking place at the ACC women’s, Big Ten women’s, and SEC men’s and women’s Swimming and Diving Championships, among over a dozen conference championships going on this weekend, there is plenty of fast racing to be seen on Saturday night.

One race that will be particularly exciting is the woman’s 200 back at the SEC Championship where Alabama’s Rhyan White set the SEC record this morning in a time of 1:48.06. This swim moves her up to 7th all time in the event.

If her 100 back performance from last night’s finals is any indicator for how she will perform tonight, she may be in for another big time drop. In the 100 back she was just over half a second faster in finals than she was in the morning, dropping from a 50.53 to a 50.02. She also set an SEC record in this event.

The current NCAA Record is held by Beata Nelson and sits at 1:47.24. White may look to challenge that time in finals tonight.

White will be joined by Kentucky’s Asia Seidt in tonight’s race. Seidt comes into this meet as the defending SEC champion and NCAA Championship bronze medalist. Seidt’s best time in the event is a 1:48.65, meaning she could very well challenge White for first place.

Other Races to Watch on Saturday:

If Rhyan doesn’t get the record tonight, she’ll get to race the current record-holder Beata in a few weeks.