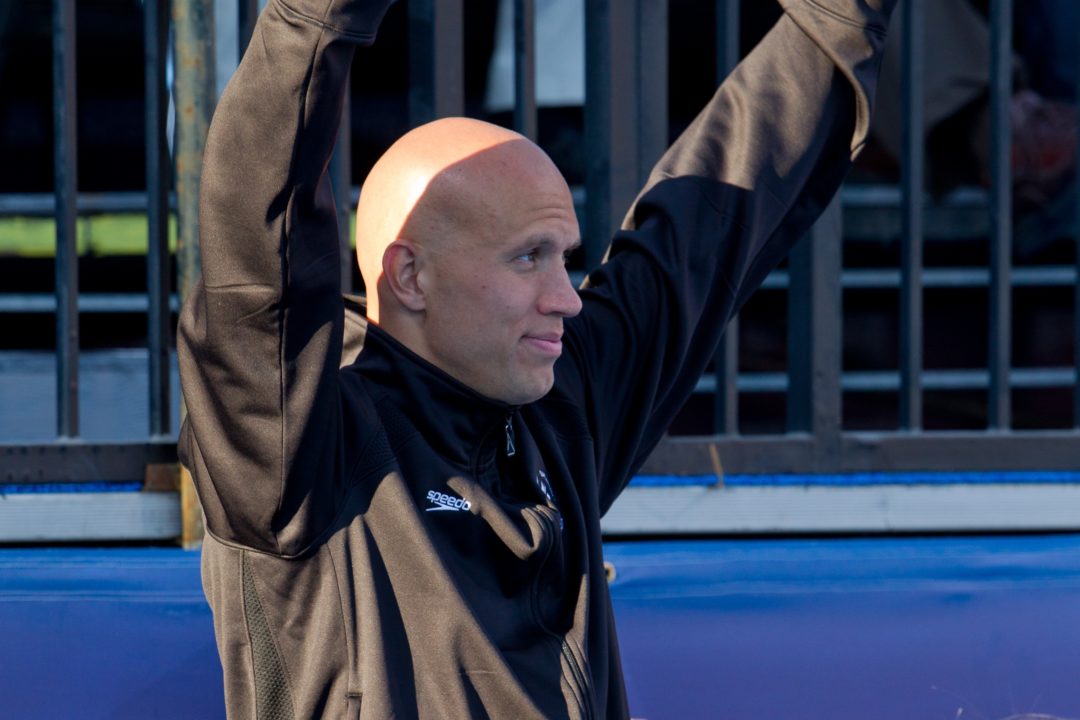 Canadian Olympian Brent Hayden made his long-awaited comeback at the 2020 Cascade Trans Mountain Festival in Calgary, Alberta. The meet, hosted by Cascade Swim Club at the Brooksfield YMCA pool is playing host to over 300 swimmers, including much of Canada’s top swimming talent.

This morning’s prelim session was highlighted by Hayden’s 49.91 100 freestyle, the only one in the field to dip under the 50 second mark. Going in as top seed, this is a solid start to the meet for the now un-retired swimmer. As would be expected, Hayden was a bit off his best 100 freestyle which is a 47.27 from over a decade ago at the 2009 FINA World Championships in Rome. At that meet, Hayden failed to defend his 2007 title and slipped to 4th place, setting a Canadian record along the way.

Hayden’s 47.27 remains the Canadian record to this day, with no one coming within 0.6 of the time. The closest he came to a best time since then was a 2012 effort of 47.8, with which he won Olympic bronze. Other then Hayden, the closest time to the record came in 2016 from Santo Condorelli when he placed fourth in Rio with a 47.88.

Since Condorelli now represents Italy internationally, no current Canadian swimmer other than Hayden has cracked the 48 second mark in the 100 free in the last decade.

Despite the 49.91 being roughly 2.5 seconds over his best, this swim is a good sign for the now 36 year-old. With Canadian Olympic Trials nearly a month away, it is unlikely that he is rested or tapered for this meet. Assuming that is true, we may see something even faster come April.

Hayden now sits at second for Canada this season, following Yuri Kisil who swam a 49.48 at the Knoxville Pro Swim Series in January. Hayden will have a shot to lower his 49.91. however in tonight’s final where he will race Stephen Calkins (50.71 this morning), Carson Olafson (51.01), and James Lebuke (51.97), among others.

Also racing the 100 freestyle LCM tonight, also with a shot of cracking 50 seconds will be Markus Thormeyer at the 2020 USports Championships. There, Thormeyer will go in to the 100 free final as top seed, having swam a 48.35 short course this morning. Thormeyer is currently ranked third in the country with a 50.33 from the Toyota U.S Open back in December.

With Thormeyer and Hayden competing at different meets tonight and Kisil in his final few weeks of preparation at the High Performance Centre, Ontario, the three are set to face off soon at Trials in April, each vying for a spot on the Olympic team.

Hayden will conclude his comeback meet tomorrow where he will the 50 freestyle, entered first with a 22.34.

Something is wrong with the results. They had Jeremy Bagshaw listed in the same heat, same lane and same time. Splits 23.65/26.26.

Smart way to come back; 1st 50m out in easy speed, then 2nd 50m you open up the motor to see what’s really under the hood! Very smart.

Exactly. Hayden’s a very unconventional swimmer; I have no doubt he would actually try this for his first race in 8 years, especially in prelims. Doesn’t tire you out too much, but still gives you an idea what you’re capable of.

I’m gonna need a video of this race… cause if the splits are accurate.. just wow.

I’m pretty sure those are backwards..

http://www.results.teamunify.com/cancsc/WTF2020/ You can check it out here (#156 Mens 100 Free Prelims). Everyone’s splits are all in proper alignment

I’m scared. On these results it says he came back 23.9 and all the others are legit so why would his be the wrong way round ? Jheez

Because everyone knows Live Results/Hy-Tek/Meet Manager is 100% accurate.

its very very obvious that they are backwards hello? nobody ever split sub 24 on the backhalf as far as we know and if he could do that theres no reason he wouldnt have just gone a 47 with regular splitting

I heard he chugged a pint at the 50 wall. Could explain it.

If that’s real thats almost .3 faster than the fastest back half I’ve ever even heard about (Phelps 24.20)… bruh