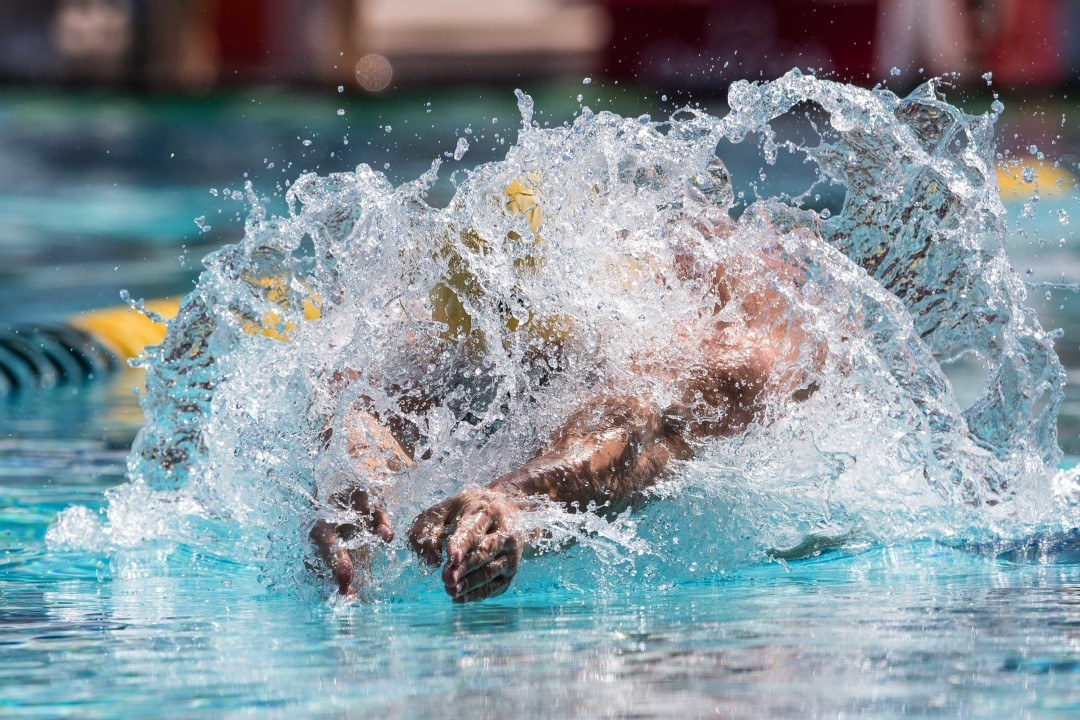 Gary is known for his long aerobic (or anaerobic) free and IM sets, but on the day I came, the kids got a break and focused on power and speed. Current photo via Mike Lewis/Ola Vista Photography

In my hometown of Columbia, Missouri, you know where the pancake spot is. Mom’s house. And if you’re looking for a practice to go along with that, you go to the Mizzou Aquatic Center, where you can find not only the Tigers working hard, but also Columbia Swim Club putting in the yards. Gary is known for his long aerobic (or anaerobic) free and IM sets, but on the day I came, the kids got a break and focused on power and speed.

There were two stations: Chutes and Cords. On chutes, the kids would swim 4×25 fast with the chutes on, then move over and swim a 50 where they were trying to be at 2nd 50 of a 100 speed. The cords were a little more involved.

2 people at a time would put on a cord (attached to the block) and swim to the other end, as fast as they could. Then their partner would pull them back, giving them a resistance swim and a guided swim. THEN the person on the cord would hop out and do it all again, giving it a little bit of a lactic set feel. THENNN that same person would hop out, go over to the empty lane, and rip a fast 50 (and there were some fast 50’s).

Gary was my college roommate and teammate at WVU, he’s a coaching rock star!