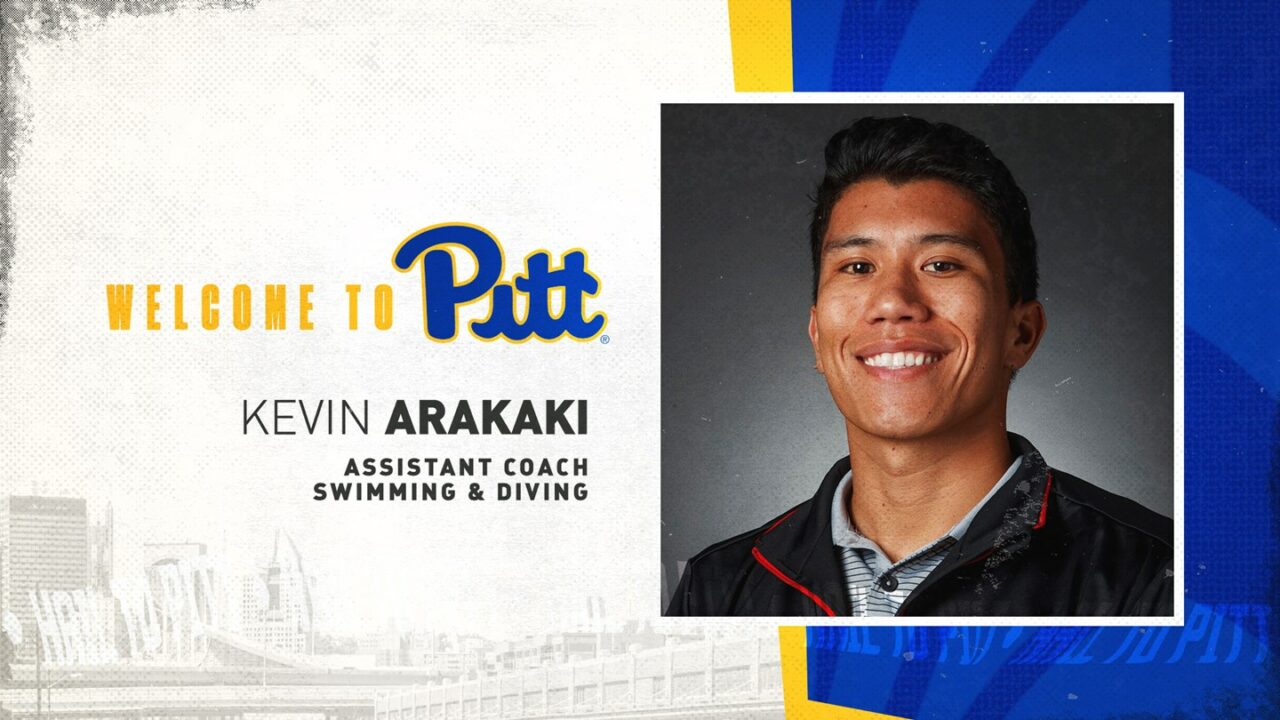 Arakaki served as a volunteer assistant coach with the Louisville Cardinals for the last three seasons. Current photo via Pitt Athletics

“Extremely excited to welcome Kevin into our Panther family,” Hargis said. “He’s been a part of the Louisville staff for the past three years where this past season the men won the ACC team title. It’s always great to add that level of pedigree to our staff.”

Arakaki served as a volunteer assistant coach for the Cardinals, working with all groups of swimmers with a focus on the sprinters. In addition to the 2021 ACC Men’s Championship, he helped the 2019 team have the best combined finish at the NCAA Championships where the women placed fourth and the men fifth, both the highest finishes in program history. Louisville also won their first NCAA Relay Championship this past spring in the men’s 200 Medley Relay. He also assisted with Louisville’s pro group of swimmers that consisted of three 2021 Olympians and seven former or current International Swimming League athletes.

Graduating from Western Illinois in 2015 with a Bachelor’s Degree in Psychology, Arakaki then earned his Master’s Degree in Sport Psychology from California Southern University in 2019.

Arakaki was a four-year letterwinner for the Leathernecks as a backstroke and individual medley specialist. A two-time team captain, he led the team to its highest place at the Summit League Conference Championships. He has the seventh-fastest time in the 100 Back (52.55) in school history.

I was thinking the SAME thing! I remember Henry going 2:02 at Juniors at the Walter Schroeder Aquatic Center and that time would’ve been 5th at Nationals!!!!!

No relations to Henry…

Congrats Coach Kevin! Pitt is getting an outstanding coach!