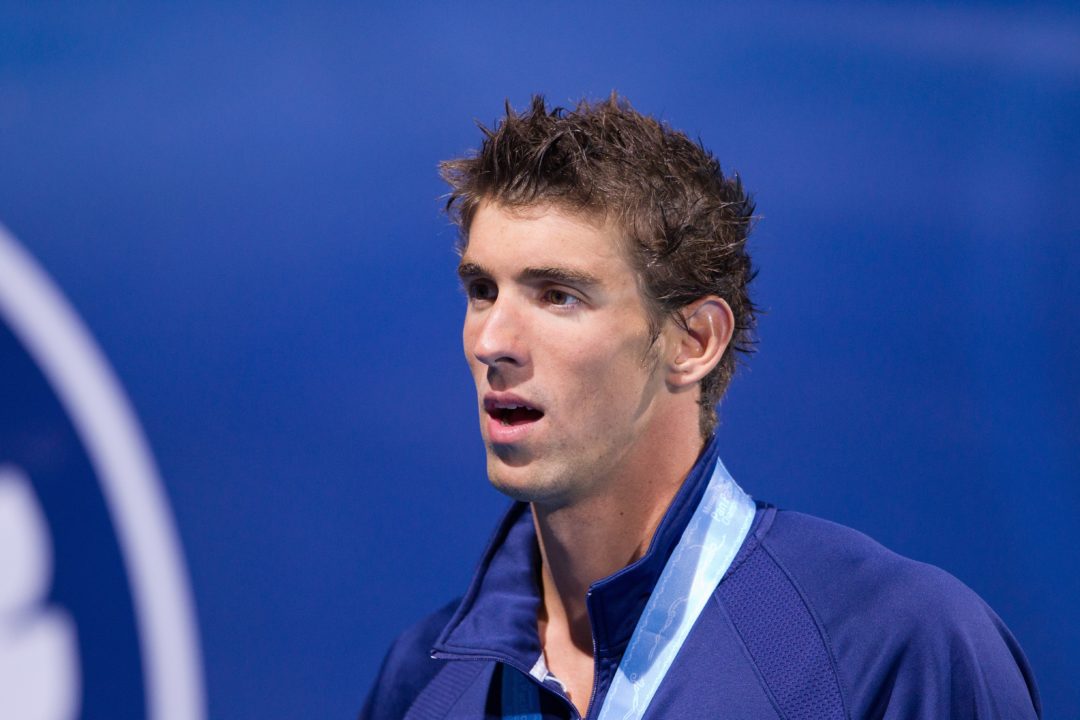 Michael Phelps, who is in attendance at the Ryder Cup this week, hinted before retiring from the greatest Olympic career...

Michael Phelps, who is in attendance at the Ryder Cup this week, hinted before retiring from the greatest Olympic career ever (with 22 medals) he might pursue golfing after he was done in the pool.

At the time, we didn’t know how serious he was. Phelps has already signed on to tape a season of the Haney Project with Tiger Woods’ former coach Hank Haney; he played in the Ryder Cup Celebrity Scramble this week; and today he was announced as the newest participant in the Dunhill Links Pro-Am that will be played alongside the professional tournament in Scotland.

The Pro-Am will have a $5 million prize pool to be shared by the winners of the two events. One will be a standard, professional tournament that includes some of golf’s bests, like Ernie Els, Padraig Harrington, and Darren Clarke. In the other, the professionals will pair up with an amateur (with “amateur” being code for “celebrity”) for a team competition (Phelps’ pairing hadn’t been announced yet).

Among the other celebrities who will be participating includes South Africa’s Oscar Pistorious, who made history in London as the first double amputee to participate in the Olympics; Pistorious made the semi-finals of the 400m running on carbonfiber blades. Famed British rower Sir Steve Redgrave will also participate.

Other celebrities from outside of athletics are actor Greg Kinnear, rocker Huey Lewis, and the drummer from Bon Jovi Tico Torres.

Phelps was on the winning team at the Ryder Cup event, along with teammates George Lopez, Hal Sutton, and Lanny Wadkins.

What did Phelps shoot in the celeb scramble?? Is this classified information?

Ya know Josh, I can’t find scores anywhere – but in a scramble format each individual doesn’t really have their own score, per se.