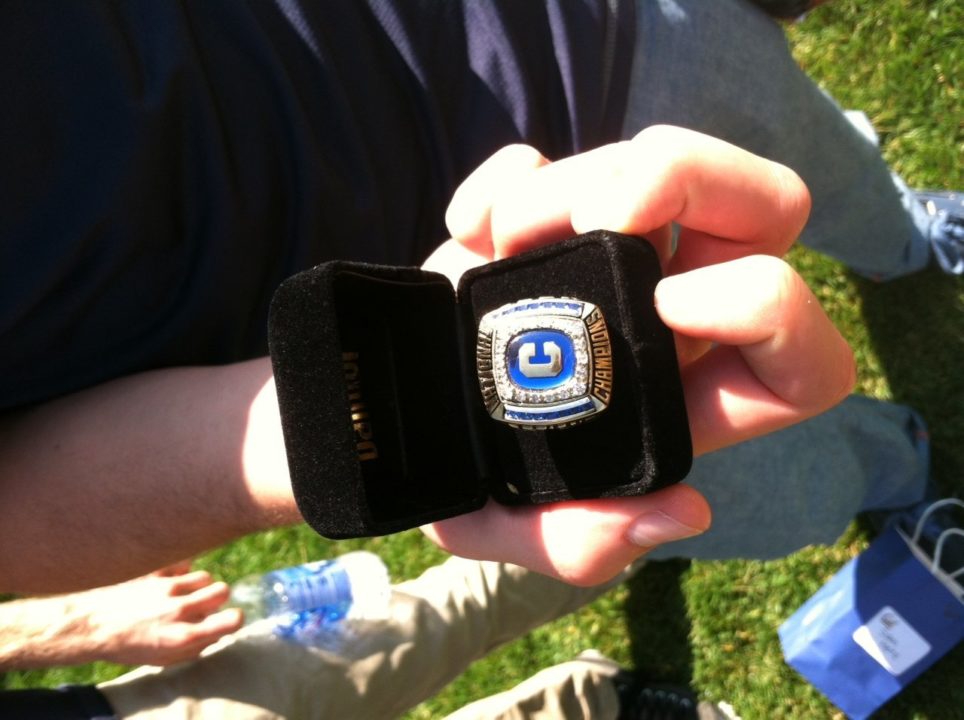 The Cal Golden Bears men’s swim team received their 2012 NCAA Championship rings today in a ceremony during their game...

Comparison of the 2011 and 2012 Championship rings (Photo Credit: Jeremy Bagshaw)