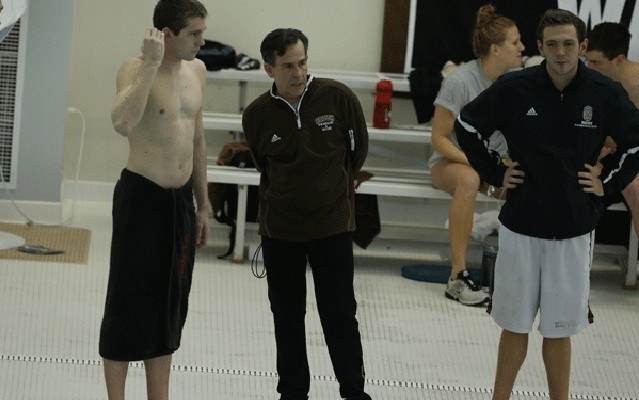 The man whose name has been synonymous (literally) with Brown University swimming, Peter Brown, has retired after 13 years on the job. A national search for his replacement has been launched.

“I have been extremely fortunate to have coached at a world-class university,” said Brown.  “The collective and diverse passions of the faculty, staff, students and alums make Brown a very special place.  Under (Director of Athletics’) Jack Hayes’ leadership, I am excited and optimistic about the future of our swimming and diving program.”

Prior to his time at Brown, Peter Brown was the head coach of the Penn State men from 1984-2001, including a Big Ten title in 1999. He also spent a time as a coach at UCLA, Delaware, and Old Dominion across 30 years in NCAA swimming.

As a team, Brown has struggled for most of Peter Brown’s tenure as head coach, usually sitting in the lower half of the conference. They have, however, moved into a brand new pool, which should give the new head coach a recruiting boost.

Brown’s most successful season in Providence came in his first year, where the men finished 4th out of 10 teams at the Ivy League Championships (they haven’t been higher than 6th since). The women’s program placed 2nd that year, 3rd the year after, and 3rd again in 2005 before similarly beginning a run in the bottom half of the conference.

The Big Ten title in 1999 was remarkable, especially since mens swimming was considered a low priority sport at Penn State, and going up against powerhouses like Michigan and Minnesota. His teams also had the highest or among the highest team GPAs on campus, as well as post-graduate scholarship winners and other academic honorees.