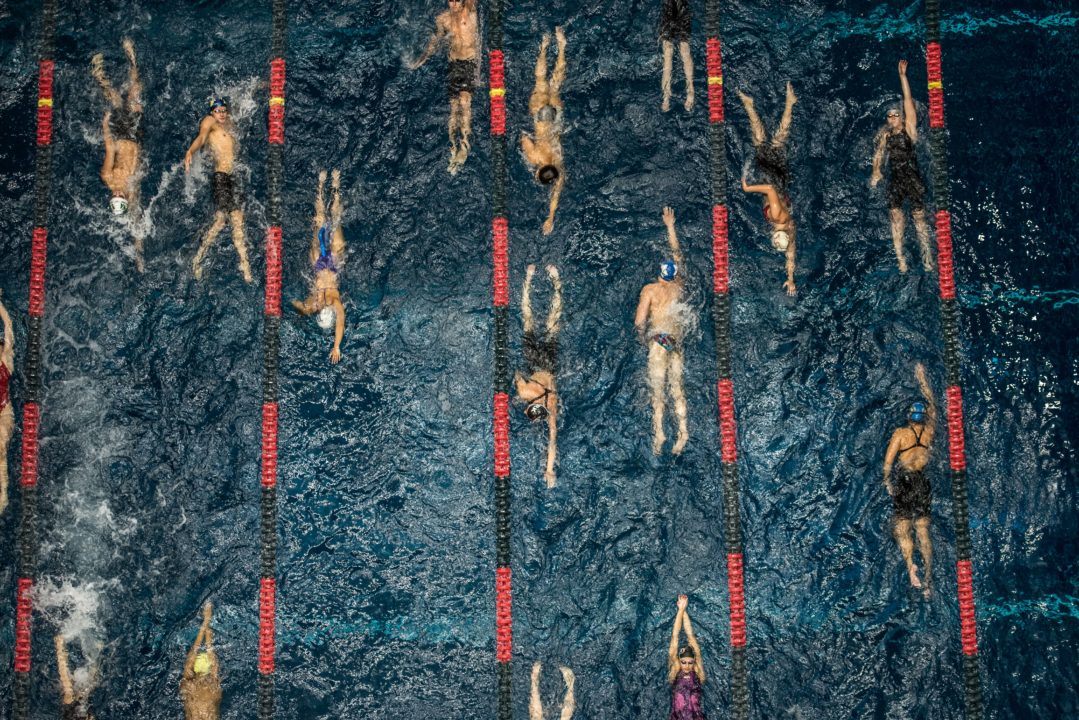 In a 'newsletter' released today, Paolo Barelli reiterates some of the strategies he believes would improve FINA and the swimming community worldwide. Current photo via Mike Lewis

In less than three weeks FINA will vote whether to re-elect the organization’s current president, Julio Maglione of Urugay, for a third-consecutive term, or to elect Italy’s Paolo Barelli, President of LEN and the Italian Swimming Federation.

Barelli claims that Maglione has not done enough to increase the appeal and merit of aquatics during his eight years leading FINA, and that it is time for new leadership.  Claiming the FINA Constitution is too easily bent and amended for the benefits of those on the Bureau, Barelli claims that if he is elected president he will make the organization more transparent and more athlete-focused.

Last week, the Court of Arbitration of Sport (CAS) sided with FINA in a case Barelli brought before the organization, accusing members of the FINA Bureau, including Husain Al-Musallam (Kuwait) and Dale Neuburger (USA) of unethical behavior and conflicts-of-interest.

Barelli also released his manifesto for the future of FINA last week, detailing changes he would make to the organization should he win the upcoming election in Budapest on July 22nd.  In a ‘newsletter’ released today, Barelli further emphasizes the importance of some of his “Seven Drivers for Change”–strategies he believes would improve FINA and the swimming community world-wide.

SwimSwam has reached out to FINA President Julio Maglione multiple times during the campaign, and will publish his responses if he provides them.

Below is the ‘newsletter’ Barelli sent to the presidents of swimming NGBs around the world:

Newsletter No 1 – Financial Support to the National Federations

On the 27 June, I shared my vision for a stronger and more respected aquatics governing body.

In my electoral Manifesto I made a number of proposals and addressed some critical areas which, I firmly believe need to be developed and strengthened for the benefit of all the National Federations. I am sure you will agree that what has been done till now is totally insufficient.

The response has been overwhelming and the comments and suggestions I have received are enlightening from all points of view. It was truly humbling to receive messages such as “Finally, someone values the hard work done by the federations and wants to truly support us”.

I can honestly tell you that these will serve as the basis for a more detailed document which will be introduced within the first 30 days of my presidency if you will support my candidacy on the 22 July in Budapest.

The two areas I wish to mainly focus on within this particular letter are:

A. Support to Federations for Development and for Continental/Regional Activity (the second point in my Manifesto).

I clearly stated on my Manifesto that “All Federations carry out the important role both of spreading ’the culture of water’ throughout the world whilst producing future athletes and champions”. I firmly believe we must spread aquatics worldwide in a more comprehensive way. FINA’s investments must be directed to the individual federations to enable them to teach and promote swimming to the widest possible audience.

As I also clearly stated in my Manifesto “A significant yearly contribution of $5,000,000 shall be introduced”. In my opinion this will really set the standard. Please consider that in the financial statements for the period 2013 – 2016 FINA spent just over USD 3,500,000 (+/- USD 850,000 yearly). I am guaranteeing that the Development Fund will in the first quadrennial have an additional USD 20,000,000 to invest into the National Federations. This is what a truly comprehensive Development Programme requires to safely ensure FINA is committed to promoting swimming worldwide.

This should be done to enable swimming safely first, with an aim to focus on the preparation of the growing number of athletes. My Manifesto indicates that the necessary funds to support the introduction of more clinics, better training programmes, improved schemes for athletes, the possibility to train in elite camps and regularly participate at regional and international competitions will be made available.

These will be defined in order to maximise potential whilst utilising Continental/Regional funds in the best way possible. We must ensure FINA’s money is invested respecting the principles of transparency and good governance at all times.

B. Support to Federations for International Activities (the first point in my Manifesto)

It is the great athletes and their performances which attract the interest and following by the general public and the media in particular.

We must recognise that the athletes in all aquatic disciplines supported substantially by their federations have enabled FINA to become an absolute leader in sport.

In order to further promote and guarantee the level aquatic disciplines have reached, we must continue to reinforce the necessary support to the Federations, the athletes and the coaches.

For this reason I have pledged financial support equivalent to USD 20,000,000 over four years. These funds will be devoted to further increase International Activities for National Federations according to the ranking of national teams as established yearly by FINA and based on the results achieved at the most important international competitions. These funds will be in addition to any others presently allocated by FINA within its’ present programmes.

These funds will be allocated according to the agreed predefined criteria and in full respect of total transparency and good governance.

Having explained the ways in which FINA will support Federations and athletes we must ensure they are in a position to also market their popularity.

In my Manifesto I stated “Increasing the number of sponsors’ logos on all technical equipment – tracksuits, swimwear, t-shirts etc.” to provide an opportunity for Federations and athletes  to generate a higher visibility and a potential increase in income.  At present, apart from the logo of the technical supplier, we are limited to one sponsor.

This must be done in a context of acceptable criteria respecting the image of both FINA and the athletes.

I hope to be able to deliver on these matters after the coming 22 July. Supporting me means supporting FINA and protecting your interests also.

I will be sending another communication in the coming days.

Candidate for the FINA Presidency

Correction: An earlier version of this article stated that Paolo Barelli had accused Sam Ramsamy of South Africa of unethical behavior and conflicts-of-interest in the case taken before the Court of Arbitration of Sport (CAS).  We have since learned this is incorrect and have amended the article.

I wonder what his stance is on the Lochte Rule.

I have doubts about Barelli. LEN is an obsolete body and he is its president in recent years. What about the European Open Water Cup? A crap…. Maybe he should focus on LEN.