Paltrinieri Powers His Way To Top Of 1500 World Rankings 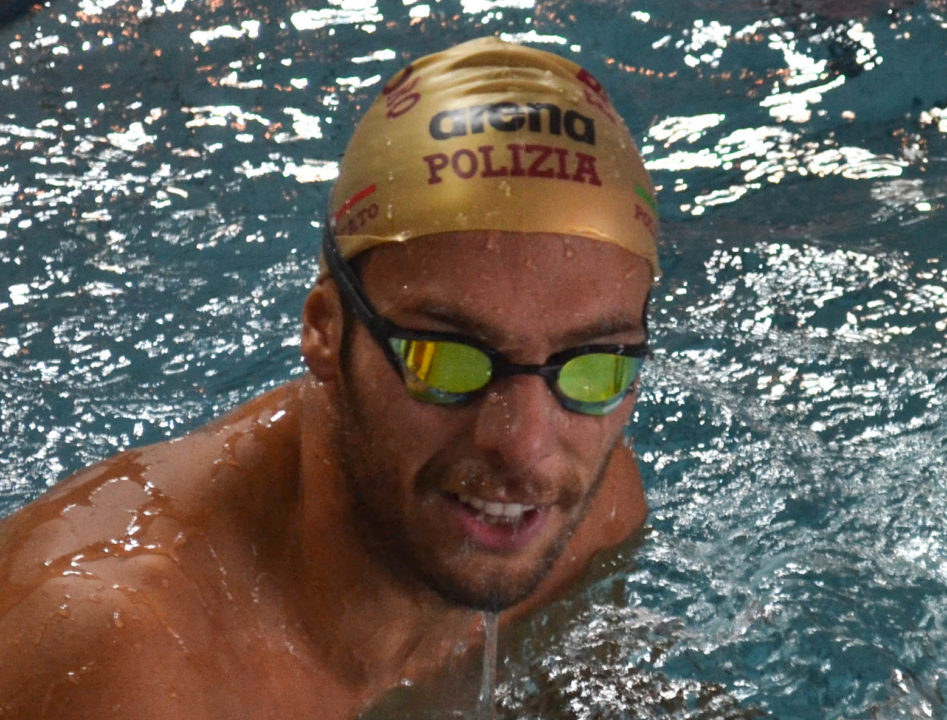 Two women notched World Championships qualifying times in the women’s 50m breast final tonight, led by Martina Carraro. The 25-year-old national record holder in the 100m distance clocked 30.56 to top the podium on this final night of competition in Riccione, while also clearing the 30.6 minimum time standard for Gwangju this summer.

Runner-up Benedetta Pilato was also hit the QT, matching the 30.6 mark in 30.61 for a new Italian Junior Record. At just 14, Pilato had already earned the Junior Record with the 31.02 she threw down in February, but the teen took things to new territory by dipping under the 1-second threshold.

Arianna Castiglioni rounded out the top 3 tonight in 31.05.

Carraro is now queen of the season’s world rankings, while Pilato sits as #2 in the world.

World Junior Record holder Nicolo Martinenghi led the men’s 50m breast this morning with his time of 27.03 in the heats, but it was the 30-year-old veteran Fabio Scozzoli who wound up with the gold.

Stopping the clock tonight in 26.82, Scozzoli took the spot on top of the podium with the fastest time of the season.

Martingenghi also hit the World Championships qualification time with his silver medal-garnering effort of 26.98. Alessandro Pinzuti rounded out the top 3 in 27.48.

Triple gold medalist from the 2018 European Championships, Simona Quadarella, threw down the hammer tonight in the 400m free, but it wasn’t enough to qualify for the World Championships.

Matteazzi moves into the 6th slot among the world rankings for this season.

Margherita Panziera continues to race with furious purpose, notching her 2nd Italian Record at these National Championships in Riccione. After already nailing the 100m NR with the 58.92 she led-off with on her squad’s medley relay to become the first Italian female ever under 59 in that event, the 24-year-old produced a big-time 2:05.72 tonight in the 200m back.

The previous Italian Record was set by Panziera last summer at the European Championships. There in Glasgow, the speedy swimmer clocked 2:06.18 for the gold, so tonight’s mark is monumental for the swimmer as she dipped under the 2:06 barrier for the first time ever.

Her time would have taken gold at the 2016 Olympic Games (!)

With her monster effort, Panziera now takes over as the world’s #1 swimmer this season.

On the all-time list, per USA Swimming, Panziera has now become the 5th fastest performer ever in the event, kicking Hungary’s Katinka Hosszu off the list.

Paltrinieri’s gold medal-winning time from Rio was 14:34.57, so tonight’s effort in Riccione was within 4 seconds of that outing. The Italian’s time easily overtake the top spot in the world’s rankings, beating out what German Florian Wellbrock produced last night in Bergen of 14:44.80, as well as what Sun Yang of China hit at his Nationals (14:55.00).

Rounding out the top 3 was Costanza Cocconcelli, who collected bronze in 26.96.

Anyone know if he is still training with Horton?

Definitely not. He’s returned to eat up the miles with Detti under Morini’s guidance.