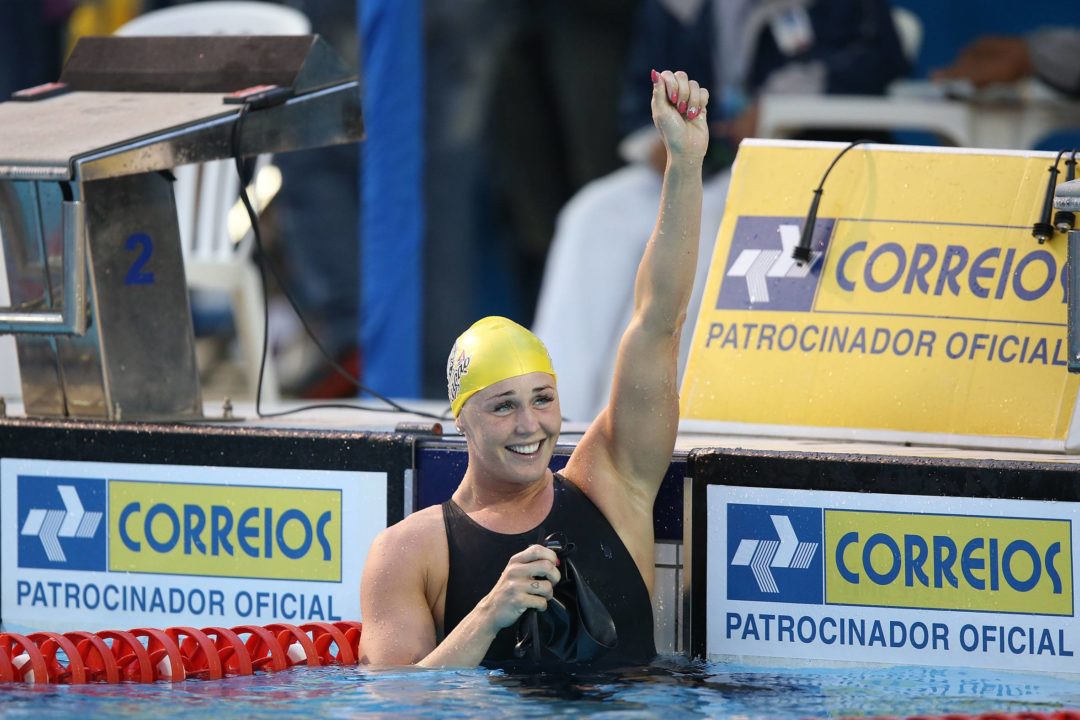 Jeanette Ottesen and Rikke Moller Pedersen both posted times that place them second in the world rankings... Current photo via Satiro Sodre/SSPress

On the first day of the North Sea Swim Meet in Rogaland, Norway Jeanette Ottesen, Rikke Moller Pedersen, Pal Joensen and Ari-Pekka Liukkonen all record times that ranked them top ten in the world, but the highest ranking anyone reached in yesterday’s final was sixth.

Today Danish stars Jeanette Ottesen and Rikke Moller Pedersen both put up times that place them second in the world rankings. Ottesen won the women’s 50 butterfly in a time of 25.12. That puts her second to Inge Dekker of Netherlands who posted a 24.59 in Dubai.

It is also only two tenths of a second off of her own Danish record time of 24.92.

Later in the evening Ottesen returned to the pool to win the women’s 100 freestyle in a time of 52.74, which places her ninth in the world rankings.

Pedersen took the women’s 200 breaststroke in a time of 2:18.76. Her time is second in the world rankings with only Alia Atkinson of Jamaica having been faster, posting a time of 2:17.84 in Singapore.

All races can be viewed on the meet’s website.