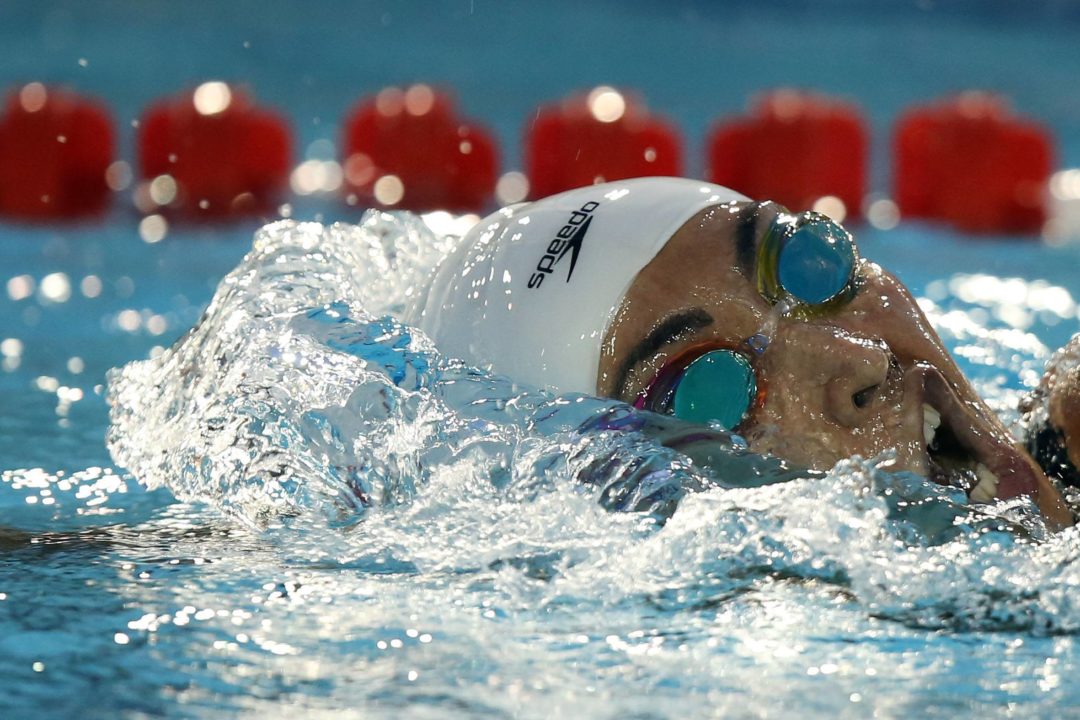 Brazil's Poliana Okimoto currently leads the points on FINA's Open Water World Cup series, but won't finish the tour due to a back injury. Archive photo via Satiro Sodre/SSPress

Brazil’s Poliana Okimoto currently leads the points on FINA’s Open Water World Cup series, but won’t finish the tour due to a back injury.

SporTV’s Blog do Coach reports that Okimoto suffered an injury during the World Cup’s Portugal stop. Okimoto told Blog do Coach that she suffered a small crack in a disk in her spine, and will be taking the rest of the tour off to recover. Okimoto said she’s playing things safe while dealing with the injury so as not to jeopardize her chances at next year’s World Cup and the bigger goal, the 2016 Olympic Games.

Okimoto leads the women’s World Cup standings by two points just before the tour’s halfway point. Her 56 points include a win in the season opener in Argentina and a pair of runner-up finishes. Her fellow Brazilian Ana Marcela Cunha sits second at 54 points after winning the race in Portugal where Okimoto was injured.

You can find full World Cup points standings here. The series continues with 5 more races through mid-October. Each race is the Olympic 10K distance.