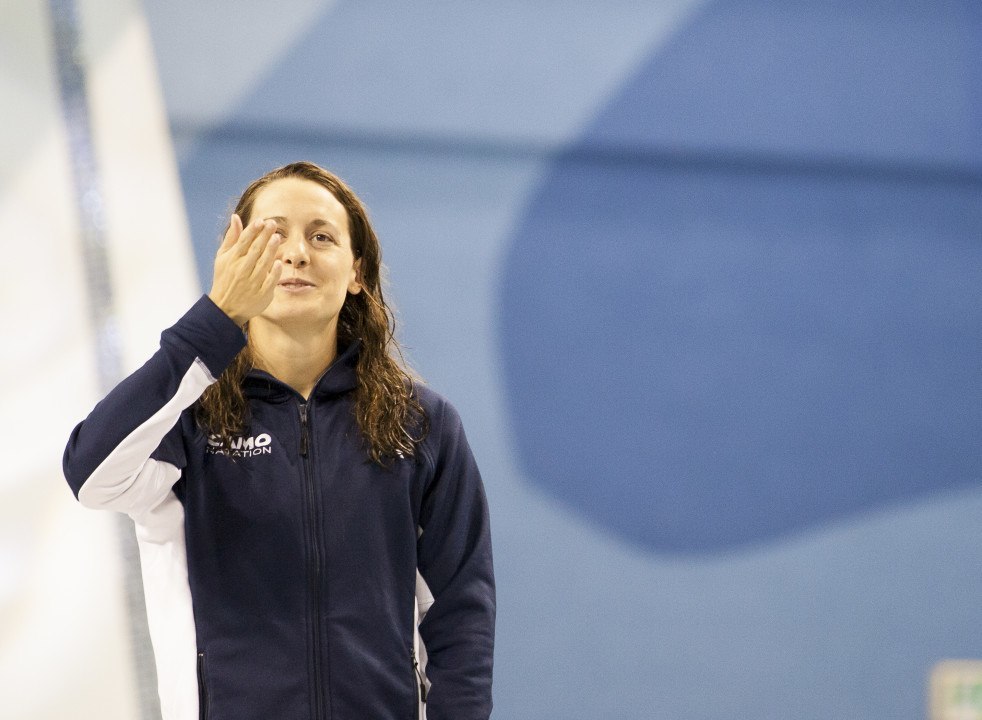 Olympic medallist Sandrine Mainville of Boucherville, Que., is off to a flying start at the 2018 RBC Canadian Swimming Championships with a victory in the women’s 50-m freestyle on Thursday. Current photo via Chris Tanouye/www.christanouye.com

Olympic medallist Sandrine Mainville of Boucherville, Que., is off to a flying start at the 2018 RBC Canadian Swimming Championships with a victory in the women’s 50-m freestyle on Thursday.

‘’I wanted to go in the 24 seconds range but it was close so I’ll take it,’’ said Sandrine Mainville, who’s eyeing a spot later this summer on the Pan Pacific Championships team. ‘’This is my first competition this season so I want to see where I stand at this point.”

‘’It was O.K.,’’ said Padington, about her race. ‘’It’s a good starting point for the season and I’m ready to build off that going into the summer.’’

On the men’s side, world junior championship gold medallist Gabe Mastromatteo of Kenora, Ont., picked up where he left off last season with a win in the 200-m breaststroke. He clocked 2:15.53 with Jonathan Naisby of Sherbrooke, Que., second at 2:15.97 and Connor Isings of Pointe-Claire, Que., third at 2:16.06.

‘’It’s nice to get back into competition at a big meet,’’ said Mastromatteo, a member of Canada’s winning 4X100 mixed medley relay at the junior worlds. ‘’It’s great to put together a solid swim and see that the training right now is paying off.’’

Other winners in men’s competition were: Peter Brothers of Victoria in the 1500-m freestyle; Sabastian Somerset of Calgary in the 200-m backstroke; Florida-based William Pisani in the 50-m freestyle; and club Samak from Brossard, Que., in the 4X200-m freestyle relay.

In Para swimming, Nicolas Turbide of Quebec City took the gold in the 50-m freestyle.

Competition continues through to Sunday at the Olympic Park Sports Centre.

A total of 484 athletes from 130 clubs will be attending the event and 10 provinces and 3 countries will be represented.

Tickets are available for purchase on-site and online at https://secure.ticketpro.ca/?lang=en&server=ww1#def_1283732902. Final sessions begin at 5:30 p.m. each day and tickets are $12 each, while preliminary sessions kick off at 9:30 a.m. each day and will be free of charge.

The 2018 Canadian Swimming Championships are being webcast at http://www.cbc.ca/sports/olympics/aquatics

Results will be available here: http://results.swimming.ca/2018_CSC/

For further information about the event visit: https://www.swimming.ca/en/events-results/events/2018-canadian-swimming-championships/