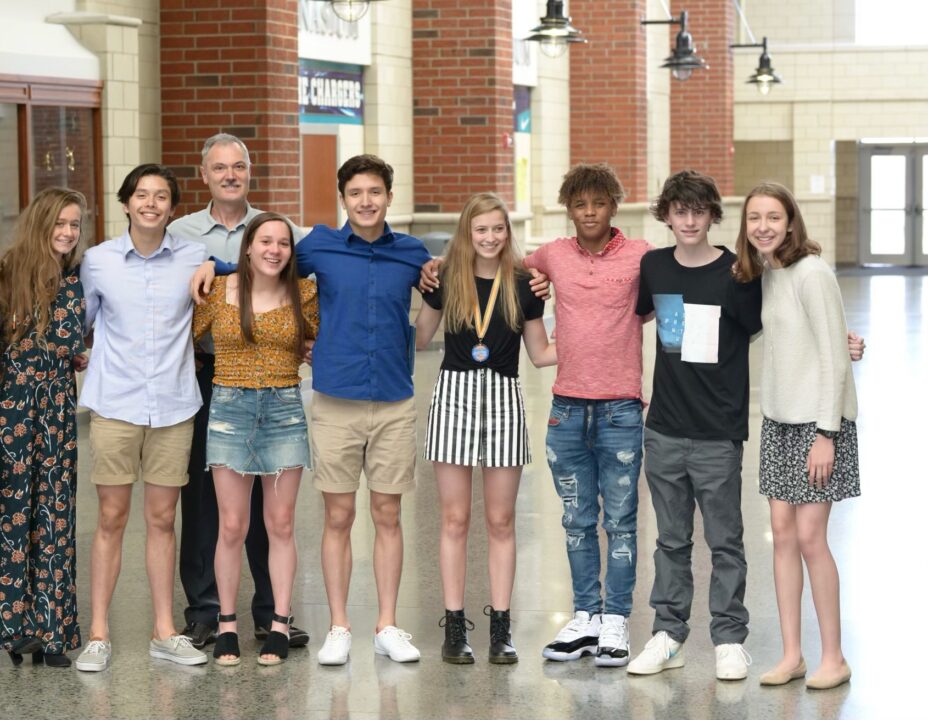 Dolgov coached Sailfish swimmers since 2015. His swimmers remember him as an inspiring, caring person who pushed them to succeed. Current photo via Johannes Lucky

Vladimir Dolgov, a USSR Olympic medalist and a coach at North Carolina’s Sailfish Aquatics, died at 61 on Monday after a 10-month fight with inoperable stomach cancer.

In 2015, Dolgov joined Sailfish Aquatics in Concord, North Carolina, as a coach. In 2020, he became head coach of Sailfish’s Huntersville location.

“Vladimir was not only a coach, father and husband, but he was a great friend,” wrote Auburn commit Harrison Ranier, one of Dolgov’s swimmers. “Vladimir has been the most influential and impactful person in my life and I would be nowhere without his advice in and out of the pool. His goal for us was not only to be the best we could possibly be in the pool, but be the best young adults we could out of the pool as well.”

Dolgov also had professional education in athletics, having earned a Masters in Coaching and Physical Education and a PhD in Development of Swimming Technique and Methodology of Sport Training.

Andrew Lucky, who now swims at NJIT, also trained under Dolgov, said he and his teammates’ relationship with Dolgov was similar to Mr. Miyagi’s relationship to Daniel LaRusso in “The Karate Kid.”

“Vladimir was always more than a coach, I always felt like he was as important to me as a mentor and role model as my parents,” Andrew Lucky wrote. “He was always willing to do anything for his swimmers and always was willing to help with anything in the water and out. He remained committed to coach our small club, even through having been removed from several pools due to business complications with other teams and always gave 100% as a coach, and as a result he had a small family of swimmers who gave 100% back to him as swimmers. I will remember him as equally a mentor and role model as I will an amazing swim coach who was able to make me believe I could swim Division 1, which I ended up doing.”

Matthew Lucky, Andrew’s brother and Northwestern commit, also trained under Dolgov. He wrote that Dolgov was like a second father to him.

“He had undying faith in my talent and pushed me to achieve my potential not only in the pool but as a human,” Matthew Lucky wrote. “At first I was difficult when I switched to his group, but he never gave up on me. I never missed a single practice because I knew that I would gain something new from Vladimir each time. Within a year of training with him, he helped me break 5 NC records and get my first summer JR cut at 14. Vladimir created an environment that I met some of my best friends in. Vladimir made swimming feel like family and I am so appreciative for everything he has done for me and my team.”

Dolgov is survived by his wife and family.

So many accomplishments in such a short life!
Those who knew him must be grieving!!

RIP Vladimir. We appreciate the coaching and care you shared with our kids. The lessons in and out of the pool will be them for life. Thoughts and prayers for Svetlana, Alex, Demitri, and Ricki.

Love that this man remembered Ricki. I have hoped that Svetlana was able to take him to visit Vladimir while in hospice. My partner, who is not likely to respect and care for many men, admired Vladimir for his intelligence and many abilities. He was a very capable man that I really only knew through Svetlana & Peter. We will carry him in our hearts and hope to be able to support Svetlana in her journey forward in life.

🙏🏿 Prayers to his family. Heard a lot of good things about him from his swimmers

Sad to hear this – thoughts with his family, friends and swimmers.

Coach Vladimir was one of a kind and will be deeply missed by many. We loved him and Svetlana like family and will be eternally grateful to them for all they gave us. Such an incredible loss. He is gone way too soon.