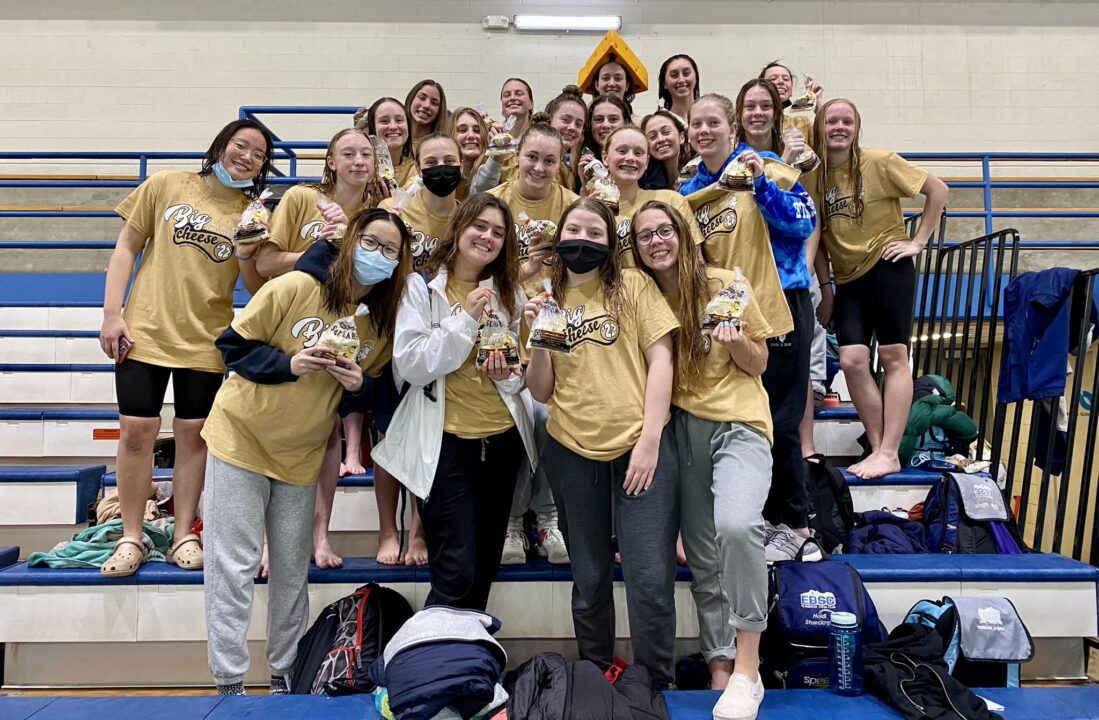 Elmbrook Swim Club had a grate showing over the weekend at a Wisconsin meet, winning overall to become the Big Cheese Champs at what was the equivalent of six dual meets.

The long-course meet, which was hosted by Schroeder YMCA and sponsored by Clock Shadow Creamery, had seven Wisconsin female teams compete against each other. The meet was scored as if each team competed in a dual meet individually against each other. EBSC won all six of its dual meets, with team members taking home cheese curds as a prize.

You can check out all of the winners here.

Several swimmers had particularly gouda performances. EBSC’s Maggie Wanezek won two events, the 200m back in 2:17.83 and 200m IM in 2:22.56, the latter of which was a personal best. She also swam backstroke as part of EBSC’s winning 400m medley relay, which also consisted of Lucy Thomas on breaststroke, Sophia Brueggeman on butterfly, and Audrey Olen on freestyle.

Tiltmann and the Wanezek sisters are consistently impressive members of EBSC. Overall, EBSC swimmers won 8 out of 11 events. The only non-EBSC winners were LePine, LAKE’s Hailey Tiernan in the 50m free (26.88, a personal best), and OZ’s Casey Stephens in the 800m free (9:14.51).

You can view the full results here.

Someone had just the right amount of fun writing this

THE BIG CHEESE IS WHERE ITS AT