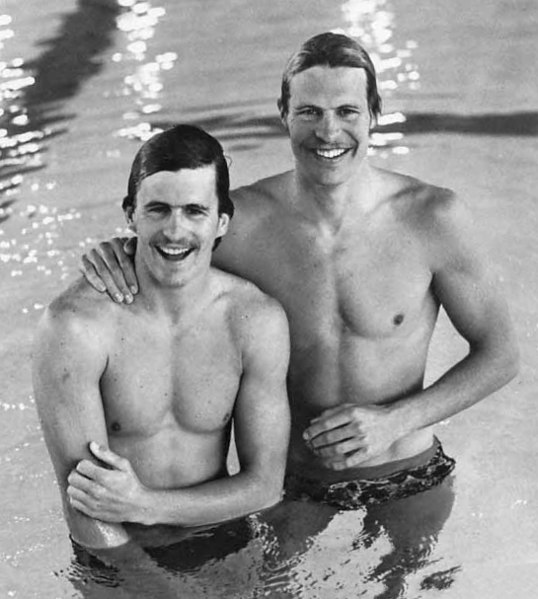 The 62-year old Furniss won individual gold in the 200 free and a relay gold in the 800 free relay at the 1976 Olympic Games. In his career, he broke 10 World Records and 19 American Records, and won 11 AAU national titles and 6 NCAA event titles at USC. All of this came among the context of dealing with a debilitating arthritic condition in his back called ankylosing spondylitis that left him unable to even stand.

According to a Caring Bridge page set up to track his status, Furniss suffered a heart attack on Sunday morning at 2:00 AM and was put in a medically induced coma at St. Joseph’s Hospital in Orange, California. Doctors began to “warm him up” on Monday as part of a process design to protect the brain from the impact of a heart attack.

Furniss was inducted into the International Swimming Hall of Fame in 1987 as an honor swimmer.

After his swimming career ended, Bruce Furniss moved into the private sector and for the last 17 years has worked as a senior director and broker associate with Berkadia Real Estate Advisors in Newport Beach, California.

My thoughts are with you.

Yes, I knew Bruce Furness when he was on the Flip Darr team in the early 1970’s. He and Steve were great guys. Its sad to here this since I and Bruce are the same age.

This news makes me so sad. I sincerely hope Bruce will recover well and quickly!